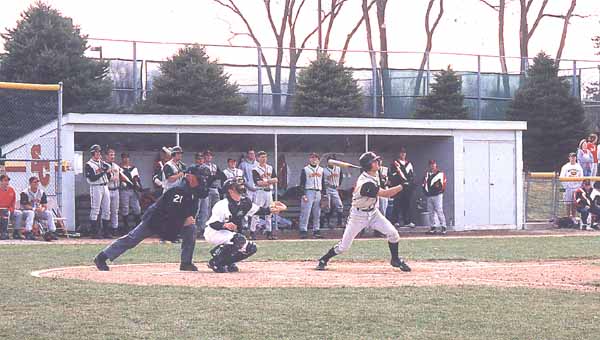 The Simpson baseball team faced Carleton last Friday. The teams played a double header, in which the Storm came out swinging, winning the first game 13-1.

“In the first game our pitching was dominant, and we hit the ball really, really well,” said senior Tony Coppola. “Basically everything went well for us.

Unfortunately, the Storm bats turned cold in the second game and Carleton took home their first victory of the year, 4-0.

“In the second game, we were a little laid back, and just didn’t have the killer instinct that we did in the first game,” said Coppola.

After Friday, the Storm men stand at 12-6 overall.

On March 23 and 24, the Simpson baseball team faced Washington and Illinois Wesleyan in the Washington Tournament in St. Louis.

In the Illinois Wesleyan game, the Storm were not as successful, and were defeated 13-0. Senior Nick Sinn was 2-2.

The following day, Washington defeated Simpson 4-3. Coppola went 4-4 with one RBI. The Storm rallied in the next matchup, however, and defeated Illinois Wesleyan 7-1. Coppola was 2-3 with three RBI’s and senior Andy Walker was 2-3 with two runs scored.