One Acts show talent from all directions 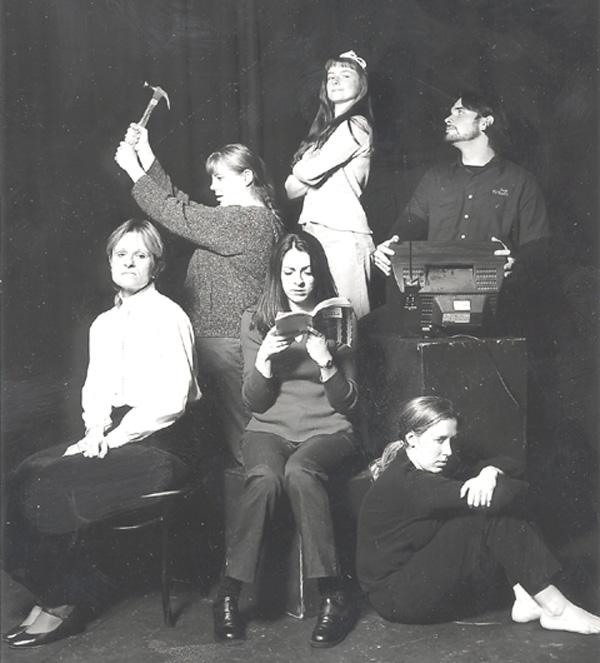 One Acts, a festival of student-directed plays, will be presented in Pote Theater April 12-14, a final chance to see the work of some of the senior theater majors.

One Acts is being presented through a directing studio class taught be Jennifer Nostrala, assistant professor of theater. There are six students in the class. These students have to do the whole process of directing, starting with choosing their own scripts, holding auditions and directing their own plays.

The purpose of these plays, according to senior Katie Braden, student director, is to have practical experience in production. Braden said she also enjoys the chance to do the whole process of directing.

Braden, who wants to act when she graduates, has learned a great deal through directing. “I get to see the other side of things for a change,” said Braden.

Senior Craig Kaufman, student director, said he believes the purpose of One Acts is the focus on student work.

Kaufman is a theater/education major. His goal is to teach theater at a high school level once he graduates. “One Acts has definitely helped me because I will have to direct plays when I’m teaching,” said Kaufman.

Students who act in these plays like the idea that One Acts are student-based. Braden’s play, “A Way with Words,” has three actors in it, one of which is junior Brooke Jackson.

“I’ve seen Katie grow as a director,” said Jackson. Jackson has done One Acts in the past and plans to do it in the future.

Eric Moorman, who is in Jen Fenton’s play “Jaws of Life,” enjoys One Acts more than regular productions. “It’s not as strict and they will work around your schedule more,” said Moorman. Moorman said he believes that because students pick these plays, the issues are more contemporary and reach a wider audience.

Moorman welcomes the fresh face of a student director. “Jen has interesting ideas that I have never thought of,” said Moorman.