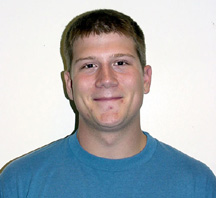 At the beginning of the 2001-2002 NBA season the experts had their hands full answering the numerous questions that plagued fans.

Would Allen Iverson replicate last year’s MVP season? Is there a team that could unseat Kobe, Shaq, and the Lakers? How many technical fouls would Rasheed Wallace accumulate? Running tally: No, No, and 24.

The question on everyone’s mind had nothing to do with playoffs or MVP awards. It had to do with the return of the greatest player ever to dribble a basketball, Michael Jordan. The announcement came last October that he would play again in the NBA, this time for the Washington Wizards, the team that he had worked for as head of basketball operations for the past year.

Some questioned Jordan’s motives for returning to the hardwood. He had finished his career in storybook fashion, nailing an 18-foot jump shot at the buzzer to beat the Utah Jazz and win his sixth NBA Championship. Why would he want to come back?

Others questioned his age. Gone were the high-flying days of old, his once spring-loaded legs replaced by a tired pair with as much wear and tear as anyone’s in the league. His body’s changes were not exactly conducive with changes in the game over the past three years, either. Not only would he have to move to the new position of wing man, but he would also have to defend against the new type of young, ultra-athletic players that were part of the evolving NBA. His 39-year-old body could not possibly endure the rigors of going up and down the court every night against the likes of Tracy McGrady, Paul Pierce, and Ricky Davis.

Still others questioned his ability to dominate a game. He could take over in the blink of an eye and score twelve straight without so much as an afterthought. Once, Reggie Miller said something to Jordan after draining a three-pointer at the end of a half. The next half, Jordan lit Miller up for 27. That was the kind of player he was. His ability to get to the basket and finish was unmatched, and he could create an open shot at any time with his patented turn around jumper. How would he fair in an older, slower body against taller opponents? Would he even average 20 points per game?

All these questions were laid by the All-Star break. The Wizards were 25-21, winning six more than the entire previous year and in only half the games. They were on pace to reach the playoffs for the first time since the older Bush was in office. Jordan had proved he could score by dropping over the 30 in only his second game back. His teammates were coming around, too. Shooting guard Richard Hamilton’s points per game had gone up significantly since last year, and rookies Brendan Haywood and Bobby Simmons were beginning to show signs of improvement, as was high school man-child and number one draft pick Kwame Brown.

However, surgery to Jordan’s knee in February cost the team its momentum and thus began a slow descending slide out of playoff contention. This last week, he announced that he would finish the year on the injured list. Thus, the question still looms: Was Jordan’s return a success? Though some would say that he failed in getting the Wizards to the playoffs, in duplicating his ability to control a game, and in the substantial drop in points per game (this season’s 22.0 ppg is the second-worst of his career), the fact that he was able to still be a major factor in the outcome of every single game he plays in despite his age is indicative of making his comeback a truly successful endeavor. He turned around the worst franchise in the NBA, helped develop some talent for later down the road, and led the Wizards in points per game, assists, and steals.

Jordan’s season is a testament to the triumph of the human spirit. The obstacles that he had to overcome on his way back to becoming an All-Star caliber force in the NBA sweep away any doubts that his comeback is anything other than a complete victory. He has answered every question this year in typical Jordan fashion. Of course, that won’t stop the same one from being asked again at the start of next season.