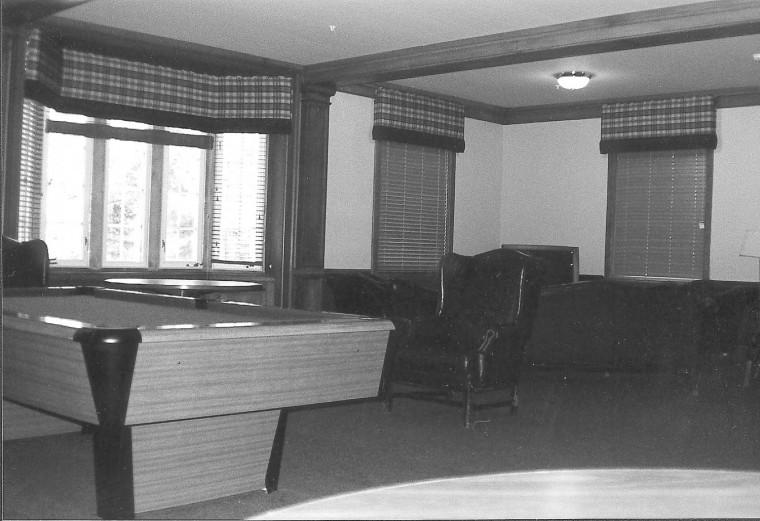 Barker Residence Hall was renovated over the summer, costing Simpson $1.7 million, and male students are glad the changes were made.

“When I came for freshmen orientation, I wanted to live in Picken. When I found out I had to live in Barker, I was disappointed,” said freshman Lance Harris. “When I got here, I was very pleased and now I love it here,”

Many changes occurred throughout the renovation process. Central air was installed with thermostats in every room.

The bathrooms were gutted and redone and the third floor bathroom was made bigger. The woodwork and all the doors to every room were refinished.

Barker also received a cosmetic make over as well. The inside received a new paint job, carpet, windows and a new desk, chair and dresser in every room. Every room had already gotten new lofts three years ago.

Since there is only one lounge in Barker, a fireplace was also added.

“It’s a residence hall but it doesn’t look like one,” said Associate Dean of Students Stephanie Krauth.

Another renovation to the building included the replacement of all the old granite bricks in the building.

According to senior Resident Assistance and four-year Barker resident Nick Claussen, “They did an incredible job with this building. After living here for three years prior to the renovation, it’s amazing what they’ve done.”

An accessibility ramp was added to the northwest door also. The ramp is made of wood to allow for possible expansion to Pfeifer in the future.

The funding for the project did not come from students’ tuition. The money came from a capital improvements fund.

According to Vice President of Business and Finance, Ken Birkenholtz, “The total project cost about $1.7 million. We borrowed the money and used it as an operating expense.”

Simpson is already thinking about other additions for the future and expanding Barker is one of them.

“We’re at capacity and we need more beds,” said Birkenholtz. “That is definitely something we’re looking into.”

“We learned a lot from the Kresge project,” said Krauth. “Things went very smoothly and the building looks great.”