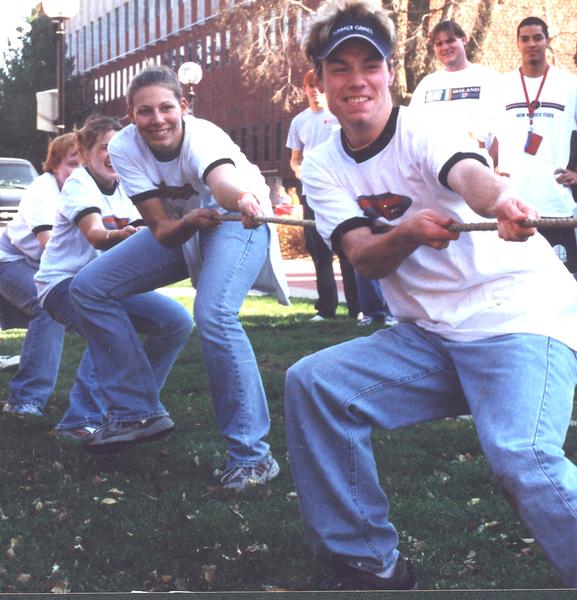 Campus Day’s element of surprise was eliminated after Student Senate decided to announce the date for the once secretive event.

Student Body President, Jake Abel, announced to students and faculty through a letter and an e-mail that Campus Day 2002 will be held Oct. 30.

“We’re trying to get people more involved,” said Abel. “Since it is announced, we can do a lot more marketing and publicizing of the events.”

There were a number of reasons that Abel decided to announce Campus Day.

“We’re going to be a lot more organized this year in regard to teams and getting the lawns in order,” Abel said.

It is Abel’s hope that if students know when Campus Day is, they will do whatever they do the night before, but still show up in the morning.

Faculty members also have wanted Campus Day to be announced so that they make alterations to their schedules.

“Professors can now plan around Campus Day,” said Abel. “In past years professors have scheduled speakers on Campus Day and have been out the money because of it. They can also now plan it into their syllabi.”

Abel is not too concerned about students not showing up because of announcing Campus Day.

If no one shows up for Campus Day, chances are it will not take place again.

“We need the support of the faculty and administration,” said Abel. “If no one shows up, they won’t be willing to support us.”

The theme for Campus Day is “SURVIVOR: outwit, outlast, outrake.”

Campus Day 2002 will follow the same format as in years past.

The day starts with chiming of the bells at 8 a.m. Campus Day teams, or “tribes” as they are called this year, then go around to members of the Indianola community and rake their yards.

“This is our opportunity to give back to the community,” said Abel.

Campus Day teams will then re-group at noon for a picnic on the square with members of the community invited as well and then partake in afternoon activities.

“We’re having similar individual activities as in past years which are put on by intramurals,” said Abel.

This year’s “Survivor” theme is making the afternoons a little different.

“We’re having more team events in the afternoon,” said Abel. “Teams compete and then get voted off. The final competition between the two last teams will be a big relay around campus.”

The winners of the afternoon games will receive $20 in Chamber Bucks and dinner with President R. Kevin LaGree and his wife Patty.

Some of the other changes to Campus Day are that they’re trying to get sponsors to give out free things throughout the day. They are also thinking about a midnight breakfast the night before. Everyone will also get a free t-shirt, not just the captains.

Simpson students have different takes on the change of Campus Day this year.

“I think it’s a good idea as far as professors being able to plan around it but it takes away from the traditional anticipation of it,” said senior Michelle Mapel.

“It takes the fun away from it,” he said.

Junior Jessica Dyer thinks that making Campus Day announced is better than in years past.

“This allows professors to plan for it. I think there might be more participation because of the announcement too,” she said.

In the letter the Camus Day committee sent out, the goup said it is trying to focus more on community as a whole, “community within our classes, the Simpson community and the community of Indianola.”

“I encourage students to get up and do their part,” he said.