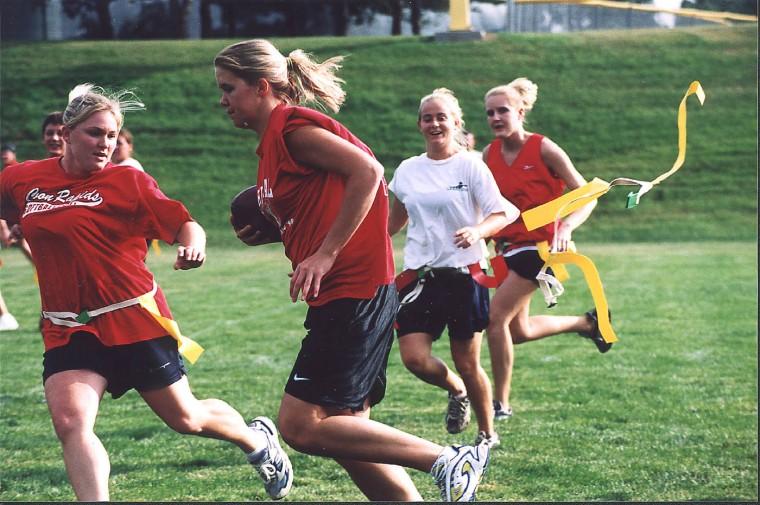 This year’s intramural season has brought with it new fines for teams who choose to forfeit their games in an effort to reduce inconveniences for the Intramural Council.

A change in rules this year is the $5 forfeit fee for every game that a team doesn’t have the required number of players to participate in.

The rule hasn’t seemed to bother the participants-there were 11 forfeits taken during the regular season. In past years if a team forfeited a game, then they would not be allowed to participate in the season-ending tournament. This year teams may compete in the tournament if they qualify, regardless of any forfeits.

Senior flag football participant Nash Nelson agrees with that rule change. “College kids have busy schedules and they shouldn’t have to miss the playoffs because of that,” Nelson said.

Fining for forfeits is in place at most of the larger schools, and Simpson decided to adopt it this year.

The rule was instituted to encourage teams not to miss games because it inconveniences the intramural office. If a team doesn’t show up, then it creates problems with the work schedules for the workers and referees assigned to work those games.

Sixteen teams participated this year-seven in the women’s division and a total of nine in the men’s IM cup and open league. Last year 19 teams competed in flag football.

Nicole Darling, assistant director of student activities and intramurals, attributed the lack of teams to a couple of circumstances. One being some of the difficulties that students had accessing the web page so that they could sign up online. Darling said that problem has been resolved. The other being students just simply missed the deadline for registration.

“There were a few people that contacted me after the deadline,” Darling said. “I think that it just comes down to people knowing the deadline.”

The flag football tournament was postponed until next Tuesday and Wednesday. The winners of the tournament will take home the traditional intramural champion T-shirt along an IM champion coozie, a new prize this year.