Professors thrive on outside interests 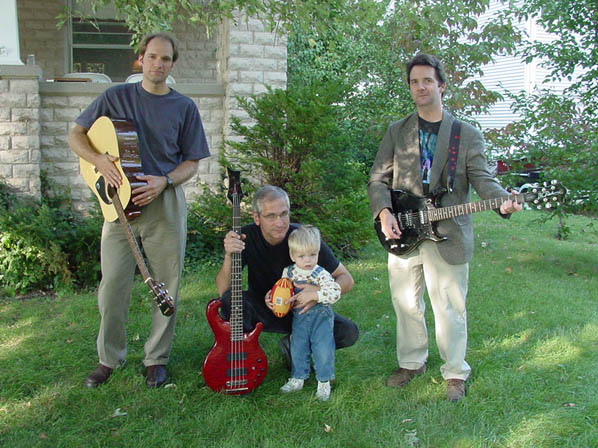 One volunteers and commands the pool table while another may someday be a rock star.

While stduents may think professors spend their time away from classes grading assignments and concocting ways to make life harder for students, many Simpson professors have interesting hobbbies.

Music has always been a part of the life of David Wolf, instructor of English. Wolf and several other professors and some friends decided to start a band over the summer.

“We were just sharing our musical tastes,” Wolf said. “It started to gel a lot more over the summer. We’re currently trying to generate a name.”

Wolf plays guitar in the nameless band that plays mainly cover songs ranging from The Dandy Warhols to The Beatles.

Wolf has been in numerous bands since junior high.

“Music has always been a love of mine,” Wolf said. “Everywhere that I’ve lived, from New York to Oxford, England, I’ve been in a band. So now it’s just like ‘Here we go again.'”

According to Wolf, the band is more of a leisurely project rather than a serious foray into the rock world.

“We’re doing it mainly for fun and enjoyment,” Wolf said. “We don’t have any gigs scheduled yet. We’re still working on getting the songs together.”

However, when the band is ready to play shows, Wolf says they plan on playing at the Simpson campus.

Murphy Waggoner, associate professor of math, volunteers much of her time to Habitat for Humanity, as well as cleaning up at the billiard halls. She has been involved with Habitat for the past nine years and has been on 13 different week-long work trips to three countries and eight states.

“Some students asked me to get involved in 1993,” Waggoner said. “After they asked, I decided it was a wonderful group that needed my support. I truly believe that no one should have two houses before everyone has one.”

Besides moral convictions, Waggoner also finds that construction can be entertainment.

“It’s fun to hammer,” Waggoner said. “I even have my own hard hat and a whole set of tools. It’s easier to do things for the good when they’re fun to do.”

Waggoner has learned much about other cultures through her work with Habitat for Humanity.

“I’ve been to Fiji a couple of times,” Waggoner said. “The Fijians are the most caring, loving people. One family literally moved out of their house to let the volunteers stay there. Another woman fed all of us five times a day because they have teas and meals. They literally gave us everything that they could. They didn’t do this because it was anything special, it’s just how these people pour out their love for other people.”

Between building houses and teaching, Waggoner still finds time to hone her skills as a pool player, sometimes playing four times a week at the Gondola Lounge.

“I’m good,” Waggoner said. “My family always had a pool table in the house, it was like a family requirement to be able to play.”

Waggoner syas she likes pool because it allows her to engage in a recreational activity that is not completely mindless.

“It’s something I can do both physically and mentally,” Waggoner said. “It’s all about planning shots.”

Like Waggoner’s love for pool, Todd Lieber, professor of English, has always been in love with animals.

Lieber has owned a farm since 1971 and recently started breeding race horses. He has four mares and what he calls “assorted offspring”.

Lieber got started with horses when Prairie Meadows opened, and it’s been a successful venture for the most part.

“I had a little bit of money and joined a partnership,” Lieber said. “A 3-year-old I bred did really well and got a check every time he ran. Two of the 2-year-olds at the track did pretty well, but they need to grow up a little bit. They should do better next year.”

Lieber raises his horses on the farm, but takes the mares to Kentucky for breeding.

“Breeding is a lot of research and knowledge, and a lot of luck too,” Lieber said. “There’s an art to matching confirmation. Certain male and female lines tend to compliment each other very well. You just have to look for those matches.”

Geology Professor Steven Emerman helps with Maccabee’s Deli, a non profit Glatt Kosher deli in Des Moines. Emerman is on the board of directors of of Judaic Resource Center which runs the deli. He has been involved with it since its opening Dec. 26, 2001.

“What’s special about this deli is that it is Glatt Kosher, which is the highest standard of kosher,” Emerman said. “The animal has to be treated humanely throughout its entire life and has to be killed instantaneously for it to reach these standards. It is the absolute highest standards of kosher.”

Emerman has introduced some people on campus to the deli by having lunch catered for his liberal arts seminar.

Emerman’s family also has their hands in the business.

“My wife works there,” Emerman said. “They ask me when they have problems, I try to give advice. I like to promote it whenever I can.”

According to Emerman, the deli is a popular place to grab lunch, and is ofte n packed with local high school and college students at that time.

“The Roosevelt High School, Drake University and Des Moines University kids all go up there when they have lunch,” Emerman said.

As with the other professors, Emerman enjoys his work but also finds a deeper appeal to it.

“My family has always been involved with the Judaic Resource Center,” Emerman said. “I find it both religious and satisfying.”