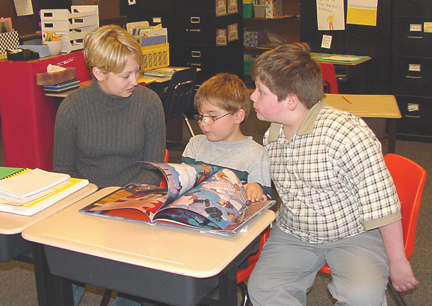 The state of Iowa is considering making a full background check a qualification for all student teachers because in the last two years there has been five known cases of studentsteachers who have violated Iowa’s professional rules and ethics.

One of these cases involved a Simpson student during last year.

Steven E. Terlouw was arrested at Pleasantville High School where he was student teaching, on Feb. 21, 2002, and was charged with third degree sex abuse. Over the past summer he pleaded guilty and is awaiting sentencing.

The proposed changes to teacher qualifications will affect education majors at Simpson. At this time, a student doesn’t have to go through a background check until they actually apply for their teaching license.

Colleges are in charge of providing the students GPA and any recommendations, according to Steve Rose, associate professor of education.

Part of Simpson’s curriculum includes teaching ethics in most of its education courses and bringing in someone from the State Board of Education to talk to the students.

If it becomes known that a student had committed an act prohibiting licensing, they are asked to drop the education major, with the knowledge that they will not get their license.

“I think its [the change in background checks] probably best for the kids and Simpson if they do the check before student teaching, just to avoid anything that might come up,” said senior student teacher Tiffany Colgan.

One change Rose would like to see in the standards for student teachers is that students get their teaching license before they go into the classroom, to avoid any problems beforehand.

Rose remembered a student in Nebraska that he knew who was arrested for trying to sell a couple of pills to an undercover officer and was not allowed to get his teaching liscense.

At Simpson all students are made aware of the requirements when they enter the teaching program.

Rose doesn’t think that the new policy would make a big difference to Simpson students.

“Overall I have been impressed by the ethical character of the people I’ve worked with during the eight years I have been at Simpson,” said Rose.

According to Mark Peterson, placement coordinator of students with rank of instructor, the problems the state has been having in the last two years haven’t really affected the ability to make placements for the students.

He believes that the few who have messed up have ruined it for the majority, but Simpson has a strong reputation and has overcome any problems it might have in placing student teachers.