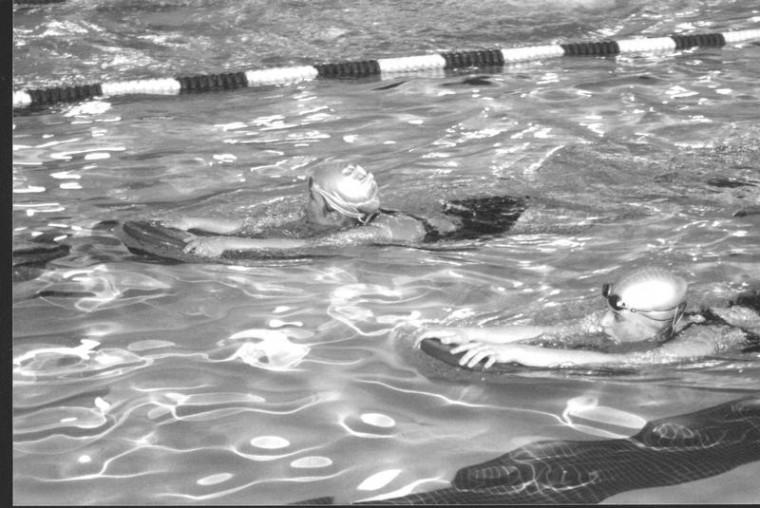 The men’s basketball team hopes to have a couple more wins under its belt before heading to sunny Phoenix, Ariz. for five days over Christmas break.

The men traveled to Lamoni to face off against Graceland University last week and came home with a 101-74 victory, helping the team to a positive start to the next week’s battles.

“We did a good job of attacking them (Graceland),” said junior Matt Brown. “If we can get out and transition, that’s where we will find our greatest success.”

Simpson hosted Upper Iowa Tuesday evening and will continue the home stretch into the weekend with Grand View on its home court. The men are looking to improve this season as the team has added new players and has the experience to balance everything out.

“We have added size this season, so we are able to play bigger,” said Head Coach Bruce Wilson. “We should also be an experienced team with seven of our top ten having been varsity players last year.”

The team will be looking to senior Jesse Harris and junior Dirk Walker this season as they were both honored with All-Conference awards last year.

“Jesse brings a lot to the team in outside and inside scoring,” said Wilson. “Also, Dirk has the key position on the team, point guard.”

The men are excited about the travel to Phoenix over Christmas break for five days of play against a couple tough teams while there. The Storm will then arrive back in the tundra and have to face two conference rivals, Wartburg and Buena Vista.

“We will be playing some good competition in Phoenix,” said Wilson. “And we need to be playing well at that particular time to come back and face Wartburg and Buena Vista.”

The women’s basketball team plans to carry its energy from a double overtime victory against St. Ambrose into this week’s games.

“We played well as a team against St. Ambrose,” said senior Christy Pierick. “Someone was always making the big plays when we needed to tie it up or to get us ahead.”

The Simpson women went 2-0 on the weekend with victories over St. Ambrose, 96-92 and UW-LaCrosse, 83-63 respectively. The Storm now hosts Upper Iowa on Tuesday evening and then sees another home game against Grand View this weekend.

The team has an edge against other rivals this season with seven seniors returning, along with the ability to use experience to put the team ahead. They also have a deep bench, which could help carry them through some tough games.

“The two strongest points we have as a team is our depth and the experience that we are returning,” said head coach Brian Niemuth.

The women are also adjusting this season to not having a certain go-to player who will take the final shot in close games or be a leading scorer every game.

“We are an all around team,” said Pierick. “We have a variety of people that we can go to and that is what makes us unique.”

With the women being a much more balanced team this season, goals have been set high and the team is looking to take the conference tournament head on.

“If the women continue their great work ethic and keep up the unselfishness they can reach the attainable goal (winning the conference tournament),” said Niemuth.

The women will be traveling to Las Vegas over Christmas break for further action.

The Simpson swimming team faces the problem of not having enough women to compete equally with other swim teams they will encounter. Consequently, the main goal is to attract more team members and work hard individually.

“We had a couple people with conflicts for our last meet (Loras),” said junior Dana Kuiken. “It’s still early in the season though, so we are hoping for better turnouts as we get to the bulk of it.”

The women fell to Loras in a 60-107 loss, but did have some first place finishes by a couple of the team members. Kuiken finished first in three of her races and sophomores Molly Bartush and Becky Cermak each came in with a first place finish.

“We couldn’t really compete with Loras because they had too many people,” said Kuiken. “But it was our first meet and two of our women did really well.”

The women are trying to build the swimming program up and are hoping that this is just a transition year. Right now the team is just trying to compete to its best ability and improve individual times as each meet passes by.

“We are hoping to continue to get better in every meet and drop times as we go through each meet,” said sophomore Sarah Lauterbach.

The main goal with the rest of the season is retention of the women they have swimming and to hopefully attract more to the team. The women will travel to Minnesota in mid December for a second meet and then get into the bulk of the season in January with the first home meet Jan. 11 against Coe.