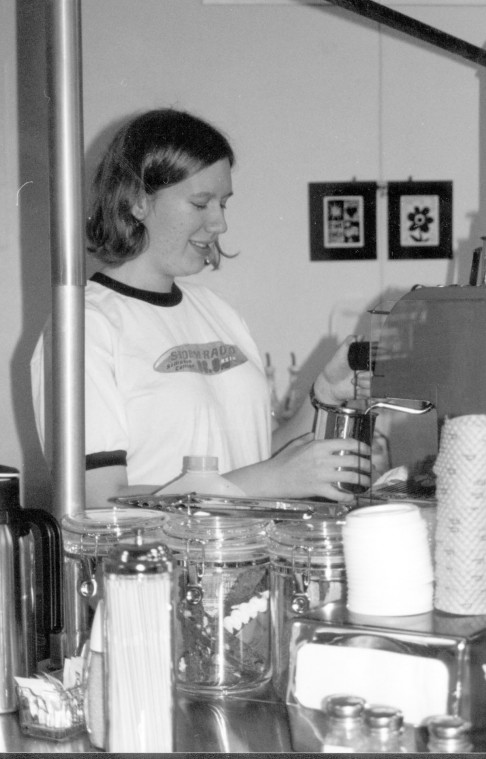 Known all over campus as the place to get perked-up between classes, Holy Grounds has had a successful first year in the coffee business,

The coffee shop opened in response to the cries of many students, faculty, staff and administration who complained about not having a place to grab a fresh cup of coffee on campus.

Holy Grounds is run by students who work in Smith Chapel, and right now the students are simply working on a volunteer basis. Because of the low operating cost, they have managed to pay off their bills to keep the business running.

“As far as I know, we are ahead of schedule for paying off our start-up costs, We have been doing really well this year,” said junior Katie Ziskovsky.

Customers confirm that they are satisfied with the service and that they love the fact that the place has excellent drinks at affordable prices. The prices are likely to remain about the same in the near future.

“We are very happy with how we are doing with the coffee shop and are not planning on increasing the prices,” Ziskovsky said. “We have reasonable prices and we want to keep it that way.”

As expected from a business still in its elementary steps to success, the only obstacle that Holy Ground faces is the shortage of staff.

“Since the coffee shop’s work force is volunteer-based, it is hard to get and keep workers. Theme House Grounded has taken the shop as its theme and project for the year. That has been great in keeping steady hours and such. But, it would be nice to have a few more workers so the others didn’t work as much,” said senior Bryan Willer.

Both Willer and Ziskovsky agreed that there a few aspects of the coffee shop can be improved upon a little.

“For instance, our tab system. We would love to continue to offer that, but we wish people would pay them more often than they do,” Willer said. “We try to send reminders, but we don’t like to harass them [people]. It’s a service that we like to offer but if tabs don’t get paid then we’ll have to rethink that.”

Ziskovsky said her main concern is on improving publicity and the work force.

“Although our weekly specials, via e-mail, have helped a lot, I think that we can work harder on publicizing about things that we have,” said Ziskovsky. “I also think that our biggest improvement will be to have more people volunteer so that we can be open more.”

The coffee industry has certainly grown over the past few years. The city of Indianola is also seeing its share of that growth. Soon to open is another coffee house, Cup-A Joe, which may or may not pose a threat to other existing coffee places like Holy Grounds.

However, the staff at Holy Grounds doesn’t seem too bothered about the opening of another coffee house.

“I don’t really think it will be a big issue,” Ziskovsky said. “Our main draw is that we are very close and most of our customers are the ‘in-between classes’ crowd. With our location on campus and our current hours, we shouldn’t have too many difficulties.”

“We are convenient for daytime, and they [Cup-A Joe] will be another place in Indianola that will, hopefully, attract students for an alternative night atmosphere,” said Willer.