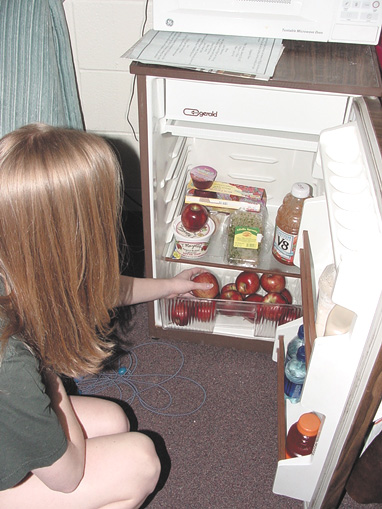 It’s a growing trend to choose to indulge in fad diets – some of which are being “discovered” all of the time.

Among the most common diets, is the high-protein diet, which is hitting America by storm. This particular diet requires that you indulge in a copious consumption of meat, fish, cheese and eggs. Other foods that contain carbohydrates are completely eliminated from the diet.

“I chose this particular diet because I wanted a fast track to weight loss,” said junior, Amelia Groetsch. “A lot of people that I know used this diet and they went from size 14 to being all skin and bones, so I figured that I’d try it.”

The diet has been successful for some people, but what they don’t realize are the damages that it can cause.

“If you’re on this diet for a long period of time, it could cause some serious damage to your kidneys and liver,” said College Nurse Michelle Cross.

Groetsch also pointed out the disadvantages of engaging in such a diet.

“The drawback about this diet is that it is highly concentrated with saturated fats, therefore you don’t lose much weight, but just water, which is so easy to gain back once you’re off the diet,” said Groetsch.

Another diet that is popular in Hollywood is the grapefruit diet. This one requires eating of a grapefruit together with other foods such as vegetables and some protein for a continuous period of time.

The liquid diet is another kind of diet that people have adopted in recent years. It primarily consists of trimming shakes such as Slim Fast. Contained in these drinks are the necessary nutrients in liquid form.

Among a few celebrities on this diet is Oprah Winfrey. She is once again in the news for having gained most of the weight that she had lost.

“The thing about these diets is that they are simply fads,” said Cross. “In the long run they don’t really work. The only thing a person needs to do is to do everything in moderation.”

A program that is less harmful to the body and is the most successful by far is Weight Watchers(tm).

“Weight Watchers(tm) is a good program because it teaches you to eat right,” said Cross. “To be successful you have to try to lose at least one or two pounds a week, as opposed to losing it all at once.”

Cross also says that college students need not worry about losing weight unless it is for a medical reason.

“Eat less and exercise more, but it has to be a balanced diet and drink lots of water,” says Cross.