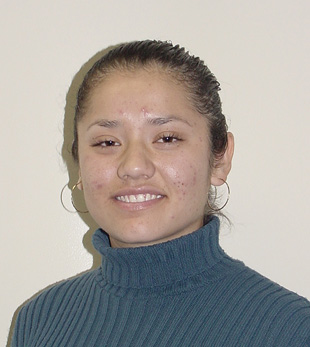 Some days ago I read a comment about how a student had been playing a game on her cell phone during a lecture and how disrespectful it had been. I thought it was an isolated case, but I was wrong.

After the lecture delivered in observance of Martin Luther King Day., I realized that age or level of academic education have little connection to our manners and behavior.

When I arrived the program had already started, so some of us were sent upstairs. I sat on the first bench, so I had a good view of what people were doing during the lecture.

What I saw was nothing to be proud of; two students were doing their homework, another was talking on her cell phone, one was sleeping with his cap down and another was eating.

The entire Simpson schedule was altered in order to allow enough time to eat and do whatever we needed before the forum event, and even then we were still unable to behave in an appropriate manner. Is it too much to show some respect and pay attention for an hour?

First impressions count, and I must say that if I had been the speaker my opinion of Simpson College would be mostly based upon the behavior of these students. Even though some do not say it, faculty and staff expect us to behave appropriately when they encourage attendance at forum events.

Stop going to forum events just in order to get a “forum card” to prove you were there. There’s always something new you can learn out of them.

And most importantly, if you’re going to go, show some respect for the speaker. Put yourself in his shoes. How would you feel after taking time to prepare a good lecture and when delivering it your audience wasn’t paying attention?

We are old enough to know how to behave correctly. We shouldn’t need our parents to tell us to pay attention and be quiet.