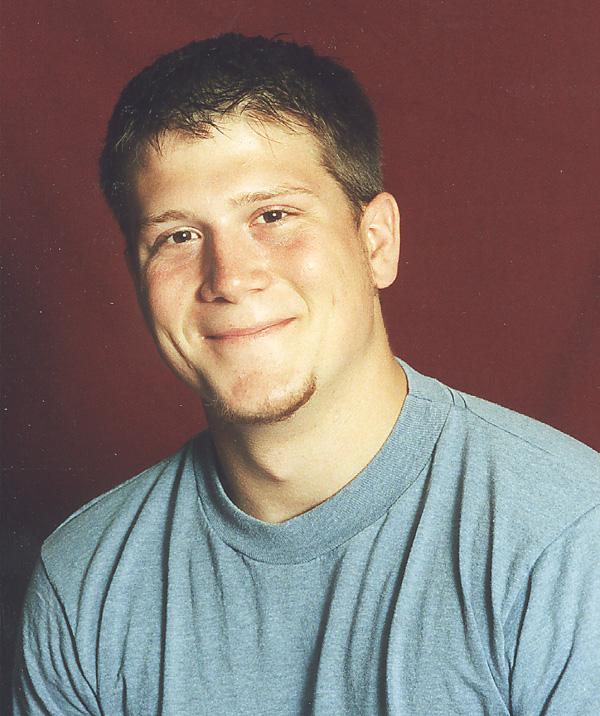 Anyway, everyone and their mom is putting a predictions list out there. Not wanting to rock the boat, here’s a little something I cooked up for the sports world of 2003.

Some are a little further out there than others, so don’t start taking bets on any of these just yet.

Although in first place in the American League East, Yankees owner George Steinbrenner will trade for a power-hitting outfielder in August to ensure another pennant for America’s most hated team. Even better odds that the outfielder will also be sought after by division rivals, the Boston Red Sox.

Coming off an early season injury, Tiger Woods will rally to win two of the four majors. As for Sergio Garcia, his demise will begin this year as he takes his final swings toward obscurity.

A Nebraska football player will be suspended from the team after A) becoming intoxicated and taking a swing at his girlfriend, B) accepting money and test answers from a booster, or C) both. The team will once again be left out of the Big XII championship game.

Although young, Duke will again wind up in the Final Four. Joining them will be Arizona, an undisclosed Big XII team, and a four-seed or lower (possibly Mississippi State or Louisville).

Mike Donnenwerth will once again lead the IIAC in passing as Storm football sees a return to the glory days, making its first trip to the playoffs under Coach Niemann.

The Chicago Bears will waste their first-round draft pick on a running back that will fade into obscurity, while the Cincinnati Bengals will take the first step in ruining Heisman Trophy winner Carson Palmer’s career.

Chris Webber will lead the Sacramento Kings to a Western Conference finals showdown with the Dallas Mavericks, thus ending the Los Angeles Lakers’ run of championships. None of this will matter, however, as the Indiana Pacers become the first Eastern Conference team to win in the NBA finals since Michael Jordan and the Chicago Bulls.

Iowa Hawkeye basketball will make a surprising finish at fifth in the Big Ten, though an early exit in the conference tournament will force them to end the season in the NIT. The Cyclones will finish seventh in the Big XII after pulling off shocking wins at home against Missouri and on the road against Kansas.

The Simpson men’s and women’s basketball teams will qualify for NCAA Division III post-season play after each win their respective conference tournament. Forwards Matt Brown and Jesse Harris will each be rewarded with first-team all-conference accolades for the men, while the same honors will be bestowed on guards Sara Sonderman and Tiffany Whitsell for the women.

The Oakland Raiders will once again get screwed over by officials as they lose a heartbreaker to the Tennessee Titans. The Philadelphia Eagles win the Super Bowl on the strong heart and injured legs of quarterback Donovan McNabb.

The Chicago Cubs will make the playoffs behind a solid rotation of Kerry Wood, Mark Prior, Carlos Zambrano and Matt Clement. They will be eliminated in the NLCS by the Montreal Expos. Bud Selig officially pardons Pete Rose, announces his resignation as commissioner and appoints Whitey Herzog as his replacement in a 15-minute televised public apology for crimes against our national pastime.

Anna Kournikova, the Williams sisters and the 2002 USA women’s World Cup soccer team pose nude in Playboy. It outsells every other issue in the history of magazines. America rejoices.

Washington Redskins Head Coach Steve Spurrier is fired after an 0-7 start. He winds up bagging groceries at a Gainesville, Fla. Piggly Wiggly.

Simpson Storm defensive lineman Josh Lullman is taken by the St. Louis Rams in the second round of the NFL draft. He leads all rookies with 12.5 sacks.