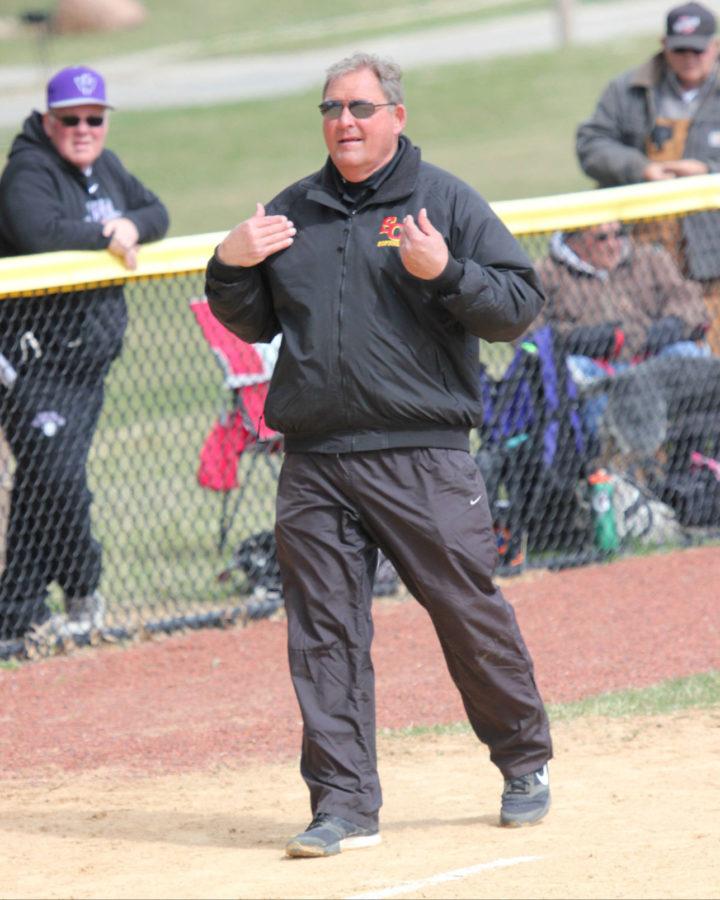 Being the coach who follows a legend isn’t an enviable task.

The pressure to succeed and pick up where the previous coach left off is felt the first day on the job, but for Kyle Owens, the situation is a tad different.

As the interim head coach this season, Owens is tasked with leading the Simpson softball team out of the Henry Christowski era and usher them into the Brent Matthias era.

“When they asked me if I would (coach), I said I feel like I’m 16 years old and my dad hands me the car keys. Don’t wreck it,” said Owens. “To take it from here and hand it over to Brent, it’s almost easier to do what we’re doing than it is just to cut it off and he starts.”

An assistant under Christowski for 12 seasons, Owens has had time to sit back and observe how to achieve success at the Division III level, how to prepare, practice and ultimately, how to win ball games.

“We’ve changed a few things, and when I say a few things, it was very few. When you do something for Coach C for 12 years and on the 13th year, you say none of that worked, I’m going to do it this way. It doesn’t happen like that. We’ve tweaked a few things, but I think for us, what we have is a proven commodity,” said Owens.

The Storm retained all of their assistant coaches for this season. Seeing a familiar face in the dugout has made the transition an easier one for everyone involved.

“I think it took just a little bit of time (to adjust). All of the assistants have been here, and we all knew the majority of the players, except for the incoming freshman. It isn’t all about me, it’s about us as a team. I’ve been here and so have all of the assistant coaches, so it’s been an easy transition,” said Owens.

The layover period into the Matthias era may be a blessing in disguise for the Storm.

Matthias does not have any game or practice responsibilities this season, allowing him to hit the recruiting trail full time, a luxury that not many Division III programs enjoy.

With Matthias recruiting full time, that allows Owens and the rest of the coaching staff to hone in on practices and game day duties.

“Of all of the stuff that I can put my hands on taking over for Coach C, (recruiting) is the one thing that is probably the most difficult. You have to put in a lot of time, you have to throw a lot of mud against the wall and hope some of it sticks. I think it’s been a plus for (Matthias) to look and say, ‘I know I’ve got that kid and here’s what I need to look for,’” said Owens.

Christowski still isn’t far from the program, however, giving advice to Owens and the rest of the coaching staff when asked.

“I got an email from him. He wished me good luck, and he’ll be watching the Storm and he said, ‘Go Storm.’ Usually the contact has been I’m asking him questions,” said Owens. “Hey, what about this? And he’ll say here’s what you have to do.”

When it comes to expectations for the season, it remains the same under Owens as it did under Christowski.