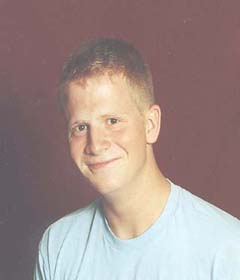 “Come with me, and you’ll be, in a world of pure imagination.” Follow Wonka’s invitation and you’ll likely end up suctioned out of a chocolate river, ascending toward oscillating blades of death or licking wallpaper that tastes like made-up fruit.

Upon further examination, the character of William Wonka, while beloved the world over by sweet-toothed chubby children, is a very disturbed and psychologically twisted individual whose mental profile would send Sigmund a-spinnin’ in his grave.

For years, “Willy” had provided the world with delicacies that defied the taste buds and seized the senses in an orgasm of flavor. Then, following an undisclosed traumatic personal experience, Wonka closed his factory to the public and shut down production of his barred ambrosia, causing the masses to go into “Wonkaholism,” a condition defined by medical experts as: “A disorder characterized by the excessive consumption of and dependence on Wonkabars, leading to physical and psychological harm and impaired social and vocational functioning.”

While sorting out his personal life (and quitting halfway, as evident in his office decorum) Wonka allowed an excessive demand for his infectious product to build up, sadistically depriving the population of the sole sustenance it had come to depend on. He then unexpectedly announced that five little children would be allowed inside his wondrous play-land, only if they possessed one of the coveted “Golden Tickets” (Michael Jackson later attempted this exact maneuver with more unsightly results, winding up in facial reconstructive surgery with only his monkey to comfort him… again).

In a move that market analysts have hailed as “brilliant, outside-the-box” and “an unprecedented fury of waste consumption,” Wonka touched off a powder keg of frenzied, out of control ticket hunters hell-bent on acquiring the Holy Grail of goodies.

Men in power would stop at nothing to possess one of these keys into Wonka’s world, pushing their female factory workers to the point of exhaustion and bidding ludicrous amounts at auction to buy the last case of chocolate bars made, while wasting a reported 26.9 tons of chocolate. Desperate attempts by men at the end of their ropes squandering their life’s earnings for nothing more than a slim statistical opportunity of succulent success are indications of Wonka’s powerful grip over the candy community.

Hazy reports from inside the compound indicate that the man himself is just a fragment of a greater schizophrenic empire.

Discolored dwarves dressed in overalls and clogs are the only personnel to be seen within the factory, which logistically must require well over a thousand workers to run smoothly. They are subject to the maniacal Wonka’s every beckon call, vis-à-vis a pan flute that he carries with him like an overseer with a whip.

Upon prompting, these rusty runts respond with fear-induced speed to dispose of bodies or perform like indentured jesters for him and his guests.

Wonka contends that he rescued them from Loompaland, a desolate waste where they were constantly preyed on by wangdoodles, snozwangers and rotten vermicious kinnids. In the greatest of secrecy he transported the whole population of the country to his factory to toil without benefits or freedom. Anthropologists have their own opinions, one such theory hypothesizing that they were originally full-sized human factory employees, horribly disfigured and shortened in an experimental “Scrumdiddlyaccident” and then forbidden to escape lest the world find out about Mr. Wonka’s crimes against humanity.

Il Duce Dulce, as Wonka is called by resistance groups run by hopelessly overmatched yet determinedly defiant candy baron Arthur Slugworth, has been hard at work developing technologies of mass confection with which to launch a widely anticipated bio-candical war on the helpless sugar-dependent world. Wonka, who enjoys unilateral chocolate power, has reportedly built the Wonkavator, Wonkamobile and Wonkatania, giving him access to carry out his daft attacks on the air, land and the sea.

Possible regime change is the free world’s only hope to dethrone this deranged despot. A young British boy is being groomed to assume leadership responsibilities of the Wonkapire.

Although Aryan in appearance, the boy is believed to have a caring heart and some semblance of conscience, something those locked inside the gates have been deprived of in their leader for too long.

Pray for peace, a balance of sugar power and, above all, the Oompa Loompas.