The best and worst spots to spend your spring break 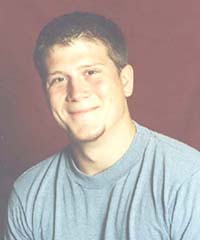 With spring break coming in less than a month, many students at Simpson College are deciding where to spend their extra cash (IRS refund, after school job, faked death for insurance money, etc.). With all of the enticing locales for students to choose from, this list of the best and worst destinations could be a helpful guide when it comes time to purchase that plane ticket.

Cancun, Mexico – Many college students take the trip to this hedonistic paradise every year. Women in bikinis, men with rippling muscles, bars as far as the eye can see… this truly is Shangri-La. Public nudity is practically compulsory, so make sure to pass up on the dessert bar at Pfeiffer for a few weeks before you go. You’re going to spend a lot of your vacation on the bathroom floor, just make sure it’s because of the margaritas and not the water.

Las Vegas, Nev.- This is the land of legal prostitution and five dollar buffets. Gambling can get you some extra spending money, but remember that no matter how much you’re up, the house always wins. How do you think those casinos can afford to provide Sigfried and Roy with new sequined jackets for every show? Make sure and learn strip club etiquette before embarking on the wilder side of Vegas. Those bouncers/ex-boxers only hear one story when one of their girls says that your hand wandered south.

Monaco, France – Think of a classier version of Las Vegas, then place it in one of the most glamorous spots on earth. Monaco’s finer casinos only allow the very richest to gamble there, so be prepared to dress up a bit. If you’re more into the nightlife, the city’s various dance clubs will keep you busy all night. Take time to lounge around by the pool or beach to shake off a hangover. Hey, if this place is good enough for James Bond then it’s good enough for me.

Rio de Janeiro, Brazil – One of the most historic cities in South America, Rio de Janeiro has everything you could possibly want in a Spring Break destination. From shopping to clubs, the opportunities to spend your money are almost endless. Rio de Janeiro also sports some of the most picturesque beaches in the world, so you can work on a great tan to show off to your friends when you get back. Think of this as Cancun without the MTV attitude.

New Orleans, La. – There are 3,572 ways to get arrested in N’Awlins, so be on your best behavior. There are no open liquor laws, so Bourbon Street is always jumping whether it’s Mardi Gras or not. Casinos and racetracks are everywhere, so there is no shortage of entertainment. For the sports minded, the Southeast Conference basketball tournament is held here this year, so you could take in the Kentucky Wildcats and Florida Gators in an afternoon before hitting the clubs that night.

West Bank, Israel – Though the temperatures may be temperate this time of year, the bullets flying through the air will make you forget all about taking a walk on the beach. It’s tough trying to stumble your way through a holy land war between the Jews (Israel) and Muslims (Palestinians), so you might just want to spend your days in the hotel room. Car bombs are almost routine, so you may want to stick to walking from place to place.

Chattoga River, Ga. – Canoeing may seem like a relaxing way to spend your spring break, but the soft banjo music of the rural South will soon dissuade you from taking a leisurely ride down the Chattoga River. This is the same place where “Deliverance” was filmed, and there’s always a bit of truth to almost every story, so you may want to pack some steel underwear for the voyage.

Yakutsk, Russia – This Siberian wonderland looks quite peaceful in pictures. That’s because no one would dare go outside in this, the coldest city in the world. Temperatures in March routinely hover around five degrees Fahrenheit for the highs and -30 F for the lows, so you probably won’t need to pack a swimsuit. However, if you’re a sucker for Cossack music like I am, then brother, this is the spot for you.

Mbabane, Swaziland – A small mountain kingdom located within the borders of South Africa, Swaziland could be likened to Eddie Murphy’s homeland in “Coming To America.” Think again. A big part of going on Spring Break is the possibility of getting to know some of the locals of the opposite sex a little more personally. You might want to stick to sight seeing in Swaziland; four out of every ten of the populace has HIV.

Indianola, Iowa – What a charming little villa in the south central part of the state. We have everything at our disposal here: Wal-Mart, the Gondola Lounge, National Air Balloon Museum… to think we actually get bored here on the weekends. You could even plan to have a picnic with R. Kevin Lagree if the weather cooperates. But seriously, the only thing worse than going some place horrible over spring break is not going anywhere at all.