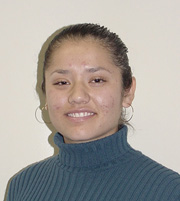 After a mourning period of two weeks, our campus saw basketball action again. Even though it wasn’t exactly a good weekend, I still enjoyed watching our teams play against two very good teams, Wartburg and Buena Vista.

My concern here is about something that has always struck me since I came here. At the beginning of any sports game, the announcer reads some specifications the audience must abide by. Summarizing them, the audience can’t use offensive, discriminatory or profane words at any point.

However, in both games there were some people who didn’t follow the rules, and it cost them a warning from security personnel. I find this rule of prohibiting profanity too restrictive.

I’m not a person that you’d usually hear speaking foul language. But still, that doesn’t mean I’ll never use bad words. It’s just that as English is not my first language, I’m not familiar with them.

Last winter break I went back to my hometown in Mexico and had the opportunity to go to a soccer game. The fans of one team would yell something about the other one and then vice versa. It kept going on before, during and after the game finished.

I can’t write down here what we (because I was yelling, too) were saying, but if someone would have heard it outside of the stadium, it was an obvious sign of people involved in a fight.

The cool thing about all this is that once you’re out of the stadium, you’re out of the fight as well. Despite the fact that our team lost and we yelled to the rival team’s fans a bunch of “profanity clauses,” there were neither fights nor damages.

How can that be possible? Very simple: we just don’t take it personally.

I’m not going to lie to you by saying there have never been incidents where people try to start a fight or throw things onto the field because someone said something to them. But I’ll tell you that when these things happen, the rest of the people point them out so security guards can take them out of the stadium.

We want to enjoy the game and everything it stands for. We don’t protect people that want to ruin it.

We can’t have this type of cheering here because it would require an “invisible compromise” between both sides agreeing not to take it personally, which is very unlikely to occur.

I like going to the games on campus, and when I do it I stick to the rules, but it isn’t the same. I guess I’ll have to wait until I go back to Mexico.

It’s not that I like to express myself using just profanity. But during a sports match in Mexico, yelling profanity to the other fans is relevant to the game. The important thing is not what we say, but how we say it.

If you ever get to go to a sporting event in Mexico don’t be surprised by what people say about you and your team. That’s the way the game is.

And please, don’t take it personally.