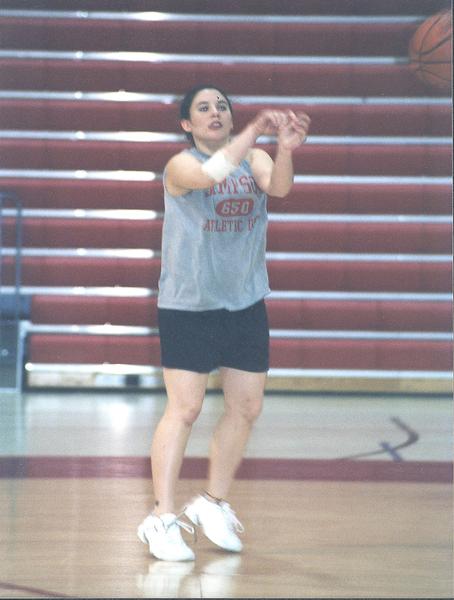 “I am a pretty giving and sharing person. My roommates and I are kind of like ‘what’s mine is yours and what’s yours is mine,'” said Van Pelt

It is that kind of an attitude that has translated in to 6.3 assists per game for Van Pelt, the Storm’s leading point guard. Those 6.3 assists per game are good for 10th in the nation in Division III and have helped to lead the fast-breaking Storm to the top of the Iowa Conference.

Van Pelt was oblivious to the fact that she was doing so well in a statistical category, and was very quick to give credit to her teammates.

“It’s a nice honor, it looks like an individual honor but you can look at it as a team honor. My teammates have to make their baskets. So I think it is more of a team honor,” Van Pelt said.

“Just playing with her in practice, even though I didn’t really get to play with her that much, backing her up a little and just sitting on the bench,” said Van Pelt. “A lot of the little things I do bringing the ball up the court I learned from her.”

The Storm is 16-4 overall and 11-2 in conference action. Much of that success can be found when Van Pelt is running the break for Simpson.

Van Pelt says that although all of her teammates excel at Simpson’s running style, she might have a few favorites when it comes to leading that three-on-two fast break.

“Our team in general, one thing we do is run the break well. But, Sara Sonderman and Christy Pierick, I like running the floor with them. We usually have a lot of fast breaks together,” said Van Pelt.

What does Van Pelt think about finding herself in position as one of the nations assist leaders, playing for a conference championship caliber team with a chance to make another trip to the NCAA tournament?

“I didn’t think that I would ever be here,” said Van Pelt. “It’s always been a dream of mine to play college basketball in a winning program. I’m thankful I can do it at Simpson.”

Simpson fans are thankful she’s here also, and it’s a good bet that if the Storm does make a return trip to the NCAA tournament, Van Pelt and her sharing attitude are a big reason why.