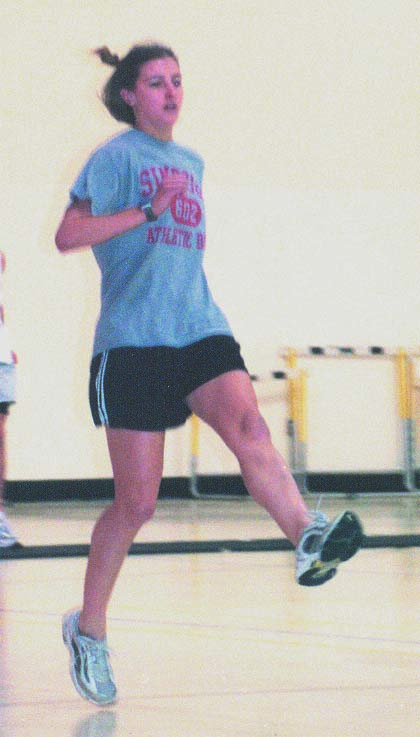 The men’s indoor track team has accomplished one of its main goals for the season- win a meet.

The team have competed in four meets and won the Central Quad. So far for the men’s team, it has been a good, goal-achieving season.

“The season is going very well. We are really coming together as a team,” said junior Clay Stoddard.

The last time the men’s track team won a conference championship was a long time ago, 1946. They have won a total of ten Iowa Conference Championships since 1946.

Some of the top competition in the conference includes the always tough, Central and Wartburg. Central has won nine out of the past 12 conference championships outdoors, but this will be the first Iowa Conference indoor track meet.

One of the biggest problems for the men is that they have a lack of numbers on its team. The men have 30 athletes out, but that doesn’t give them enough numbers to compete for the team title.

This hurts events such as the shot put. For instance, the Simpson team only has one male shot put thrower, which makes it harder to practice because you aren’t competing against anybody else.

The men’s team has some top athletes such as Ross Parker, who throws the shot put, Clay Stoddard, who does the pole vault and runner Joel Shenefield, who finished 12th this past weekend in the 5000 meter run at the Nebraska Wesleyan Invitational.

The next meet for the men’s team is at the Central Missouri State Classic on Feb. 22. The Iowa Conference meet will be held the following weekend, Feb. 28 through March 1 at Storm Lake.

The Simpson women’s track team has just about hit the midway point of the indoor season, before stepping foot outside for the spring season.

The women have been through four meets and have been doing very well.

“I think it is going very well. It’s been fun and we have bonded as a team,” said freshman Jen Wendt.

“We just want to be more competitive when the outdoor season starts,” said senior Tracie Whitney.

The women also have the same problem that the men do, a lack of numbers. The women’s team only has 20 or so athletes, which make it very hard to compete.

“We just don’t have enough numbers out,” said Byers.

Two of the top athletes on the team are Whitney, a sprinter, and mid-distance runner Jen Wendt, who is running very well for only being a freshman. “Everyone who is out works really hard,” said Wendt.