Living at home doesn’t have to be a drag 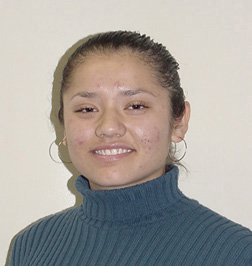 With the school year almost over; students are trying to figure out what to do with their summer. Some of the ideas are working full or part-time, taking summer classes or traveling. Anyway, the problem isn’t what to do, but where to live.

Once we’ve tasted the freedom and independence that living away from home gives us, it’s almost a guarantee that we don’t want to give it up by going back to our parents’ home for the summer.

However, sometimes we end up paying a high price to keep living the same way.

Sharing an apartment with one or more friends seems to be the most logical solution for one’s housing problem. But this independence usually empties one’s pockets because most of the time the students are the only ones paying for everything they need to survive.

Besides, the place might not be as they were thinking, and with so many restrictions that was preferably for them to stay at home.

That’s why I support the idea of taking classes or getting a job nearby home if possible. Usually one gets a job to earn some money, so why not save a few bucks by staying at home?

Yes, I know that you don’t want to stick to the “old rules,” but remember that rules are flexible (or at least they should be), and that everything has a positive and negative side. You can always make a deal with your parents about things such as curfew or chores. You’re not a child anymore, and they shouldn’t treat you as if you were one. But remember everything goes both ways, you have to behave as a grown up if you want them to treat you like that.

Also, these could be the last years you’ll have a chance to stay at home for a long period of time. Once out of college you’ll probably get a job away from home, get married and you’ll be living away from your parents.

Living with your parents during summer isn’t as bad as you think. It depends on how willing you and your parents are to adapt the rules at home.

I’ve heard some students saying that they won’t live with their parents during summer because it would mean they’re not able to support themselves in the real world. We’re still college students; don’t think you have to have it all figured out and running smoothly. However, having an idea of which way to go wouldn’t be bad.

There’s no shame in going back to live with your parents. You probably don’t get a good monthly check that you can rely on to pay for food, services and rent, so don’t put a lot of pressure on yourself right now. You’ll have plenty of time to do it later.