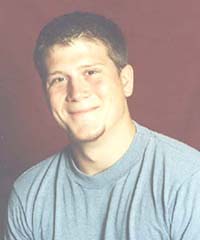 Though the United Nations stands firm in its decision to continue with the weapons inspection process, it looks as though the impatience of President George W. Bush may undo any progress achieved in Iraq thus far. The end result, no matter how you look at it, will probably plunge the United States into war.

The past few weeks have seen the political advantages of Bush begin to dwindle. Hans Blix, the chief United Nations weapons inspector, reported that Saddam Hussein was cooperating with the March 1 deadline for all weapons of mass destruction within the country in accordance with U.N. Resolution 1441. Much to the chagrin of Bush, there is nothing in Resolution 1441 pertaining to the removal of Saddam Hussein from power.

On that same day, the Turkish parliament voted not to allow United States troops to operate from its bases and ports. One military official was quoted as saying that a war with Iraq could take up to twice as long as a result of the vote.

The Arab League, a united coalition of most of the Middle Eastern nations, called on Arab states not to participate in a United States-led war with Iraq. The Arab League secretary-general, Amr Moussa, asked, “What’s the hurry to conduct a war that is extremely unpopular in the region, in the world, and unjustified?”

The Arab League has thrown its support behind the United Nations, which will hold a Security Council vote in the coming weeks to decide if force is necessary in Iraq. So far, the odds look as though the vote will not pass.

Do you think this deters Bush? He’s ready to run into the Middle East, guns blazing like something out of a Steve McQueen movie. He has recruited some nations to aid in our efforts, coercing their favor through promises of “assistance” and trading status. It’s almost as if Bush is putting together some sort of global Hessian army.

The world has grown restless as protestors have clogged the streets in hundreds of cities around the globe to rally against Bush’s pro-war demagoguery. On Feb. 17 alone, between six and 10 million people staged anti-war rallies in over 60 nations. What is surprising is that many of the largest protests occurred in countries that have expressed the most support for Bush (Great Britain, Spain, Italy and Australia).

The problem is that once Hussein is unseated, no one is quite sure what to do with Iraq, a nation made up of several religious and ethnic factions. Our government is even divided upon what should be done. The State Department and CIA want the ruling Baath Party to stay in power while the office of the vice president and the Pentagon want an exile-led, pro-West government to control the nation. However, even these exiled Iraqis do not have a concise plan of action once they are placed in charge. Many can’t look past personal animosities toward warring factions and each other.

If Hussein was taken out of the equation, Bush has no idea of the hellstorm that the United States will have on its hands. What will the other Arab states do? Will this be a call to arms for terrorist groups? What if, as some have experts have speculated, an Iraqi army officer pulls an 11-hour coup and proclaims himself a friend to the West? Will the United States be ready for these possibilities?

And who will pick up the tab for this political rebuilding project? Do you think we can fix things overnight? Many officials have stated that occupying Iraq for around 10 years is not out of the question. Yale economist William D. Nordhaus has estimated that while a military venture into Iraq would cost between $50 and $140 billion, rebuilding and occupying Iraq would cost almost $2 trillion. With the poor state of our national economy, this is next to impossible without unloading the cost on our children or even our grandchildren.

This is an especially difficult price to pay when there are no guarantees democracy will work. According to Dr. Jennifer Hedda, professor of history at Simpson College, “There is no history of a stable political institution in this century [in Iraq]. This is a huge burden for any successor government to contend with.”

There are two issues that have yet to be resolved that the United States should look at before going ahead with an invasion of Iraq. What about the “War on Terror”? We’re making progress, but can we afford to begin shaping a regime change when terrorists have been and should be out number one priority?

Also, North Korea has recently acted in a very aggressive manner by restarting a nuclear reactor that could produce enough plutonium for 10-15 bombs a year. Our proximity to the Korean Peninsula should take precedence over any problems we have in Iraq. In his state of the union address, Bush stated the United States “must learn the lessons of the Korean Peninsula.” Sounds like he should heed his own advice.

Can we honestly say we are prepared for an all-out war on Iraq? We have no idea where the road will lead us. Bush has not yet finished the “War on Terror” nor has he paid any attention to North Korea. Our economy is in the tanks, yet we are staring directly at a $2 trillion price tag to depose Hussein and rebuild a nation whose political system our officials know next to nothing about. The truth of the matter is, that whether or not America can afford to fight a war in Iraq, Bush seems more than happy to charge the bill to our future.