Williams gets an eye full 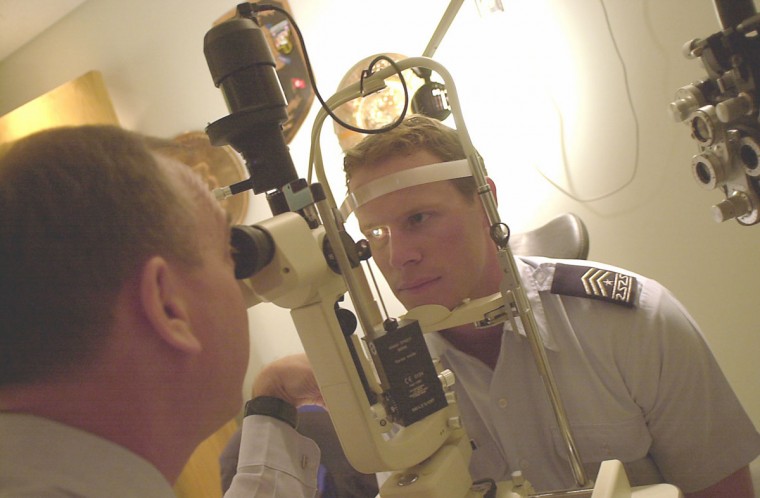 Contacts weren’t an option for Simpson senior Tommy Williams. Having -7.5 vision caused him to wear glasses at all times. Thirty minutes and $4,000 later, that all changed.

“I had terrible vision, and really wanted to do something about it as soon as possible,” Williams said.

After discussing his options with optometrists, Williams decided to undergo laser eye surgery.

Laser eye surgery is a procedure that many students are turning to, to get rid of the hassle of glasses and contacts.

“My eye doctors told me that once I turned 21, my eyes were done diminishing, so I went and got it done about six months later,” he said.

Wolfe Clinic, which specializes in refractive eye surgery, has specifications for those who they perform surgery on. To qualify a candidate must be at least 18 years old, have an eyeglass prescription that has been stable for at least a year, and have a healthy cornea.

Williams fit the bill perfectly. After qualifying for surgery he had to prepare for the operation.

“I had to scrub my eyes and eyelids everyday for a week in advance with some cleaning solution they gave me,” he said.

In laser eye surgery, the eye is deadened with eye drops. After the eye is numb, a laser is used to remove layers of tissue in the cornea. Because the cornea has a remarkable ability to heal, no stitches are needed.

With no help from his insurance, Williams had to pay $2,000 per eye for the operation. For a week after his surgery, he had to wear protective lenses over his eyes to prevent rubbing them. In addition, he had to use three different types of eye drop medications.

“It was all worth it, and I would definitely recommend it to everyone,” Williams said. “I can see better now than I did with glasses. It’s nice to be able to wake up and see the alarm clock or fall asleep watching TV and not have to worry about taking off my glasses.”

Freshman Elizabeth Ankeny isn’t as enthusiastic about giving up her glasses.

“I’ve thought about it, but I don’t know,” said Ankeny. “It seems pretty new, and I don’t know if I want to take the risk. I think I’ll consider it more down the road.”