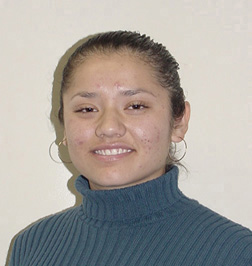 Can you believe the semester is almost over? I’m sure many of us are already thinking about summer even though we haven’t taken finals yet. Well, I guess we’re all excited to have more free time to do whatever we want. And here’s where I want you to keep something in mind.

A couple of summers ago I learned two valuable lessons to make my summer worthwhile: having time for others and also for myself.

Orphans, elders and homeless don’t get to spend a summer as most of us do, so don’t forget about them once you’re out of here. You might not get those “community service hours” you do while you’re in college, but the gratitude of those persons will always be greater than that.

There’s no need to go to a shelter or a nursing home to share your time with others. Even in your own family you can find people you don’t know very well. My grandparents were unknown to me until I started sitting down with them and talking about random things.

At the beginning, it was kind of awkward talking about things or problems that were in my mind, but it was comforting knowing he or she had gone through the same thing. I also became aware that their lives are not as happy as we think. They also have problems and sometimes they need someone to listen to them.

Without them, I would have never known all those funny and loving stories about my parents, aunts and uncles when they were young. However, there are some times when I need to have some time only for myself.

The world can be overwhelming, and knowing where I stand helps me to go through any adversity. Anyway, this time has to be quality time, not just sleeping all morning (though napping is good once in a while).

Use this time to rediscover yourself. Think of what you did this semester and if it was worth it. If it was, then set a goal of doing the same and even better next year. If it wasn’t, then make some decisions to ensure it won’t happen again. You just have three or fewer years to finish college.

Although some students think four years of college is an eternity, the truth is that these college years will not last very long and will never be back. Yes, you may go back to get your master’s and later your Ph.D., but honestly I don’t think you’ll have time to have as much fun as now.

Do something productive with your summer, but before that make sure you’ll pass all your final examinations. There’s nothing worse than spending summer worried because you don’t know if you passed that class or not.