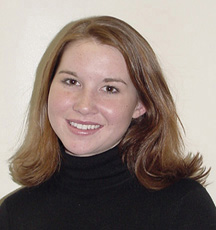 Society is finding that it is becoming harder to fit in an extra hour to go to a gym or to an aerobics class. As with anything else, we look for the easy way out.

America has found that in diet pills.

Now a $2 billion dollar industry, diet pills are claiming to be ‘all-natural’ and ‘guaranteed to work.’ These pills are sweeping the aisles of nutrition stores and discount retailers.

This drug, used in combination with Phentermine, is made up of the popular Fen/Phen combination. When taken in a pill form, this drug is found to have very serious affects on the heart and circulatory system. It is found in Chaso diet capsules and also goes by the name of Chaso Genpi.

It has been very popular in China, and now the FDA has sent out warnings about it. Fen/Phen has caused many deaths among people of all ages, and if death is not the last result of using it, heart damage is certain.

This is the most popular drug found in diet pills today. Heavily advertised drugs, such as Hydroxy Cut, Thermoburn and Metabolife are just some of the pills that contain the stimulant.

Prolonged use is detrimental to your health, with side effects including seizures, hardening of the arteries and even death. Ephedrine is a caffeine-like drug that boosts energy, consequently giving people that boost they need to go on power-tripping rampages with other people. It will boost metabolism, but only because everything else in your body is sped up.

This drug can be found in combination with others, but is also marketed by itself. It is used to drastically cut an appetite. By doing this, it also increases the level of dopamine in the body, causing the heart to race, blood pressure to rise and the emotional levels of a person to become extreme. People who use Phentermine have horrendous mood swings, a high risk of depression and bouts of nervousness.

Another appetite suppressant, Adipex is one of the lesser-known diet drugs out there. It is a little harder to find, though on the Internet a one-month supply is sold for around $150. This may seem like a hefty price to pay, but to obese people it may seem like the only answer.

Adipex has harmful side effects such as constipation, extreme sleepiness, irritability, dry mouth and stomach problems. It is a powerful suppressant that is meant only for the extremely overweight.

Meridia is a new prescription drug that is also meant for the obese. As advertised, children through adults can take this to control appetite. When taken too often or when used in an unhealthy manner, Meridia causes eating disorders such as anorexia and bulimia.

It will also cause irritability, insomnia and high blood pressure. It has helped many people overcome their weight obstacles, but in that sense it is taken in a controlled and responsible setting. It is one of the safest diet drugs on the market to use for those in an extreme weight situation.

Unless your weight is becoming a health problem, diet drugs are not the answer. For all of those looking to lose five or 10 pounds before swimsuit season, get your results the right way – exercise and healthy eating.

Most often, diet pills don’t work for those looking for a quick fix.