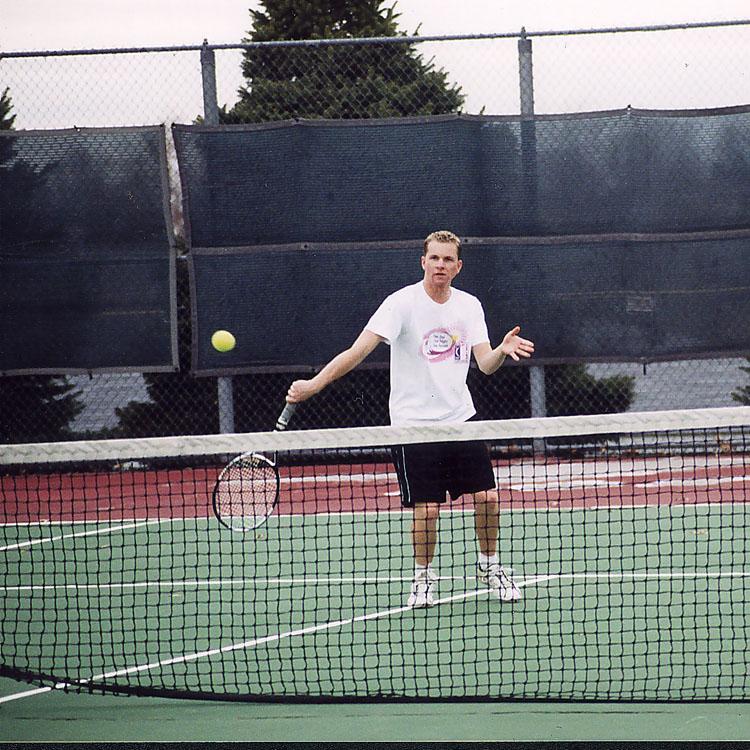 The Simpson men’s tennis team is heading into its final month of play on a three-meet win streak. With wins over Buena Vista, Upper Iowa and Wartburg in the past week, the Storm currently sits at 5-5 overall and 5-2 in the conference.

“In the beginning of the season, we saw the toughest part of our schedule. I think we did as well as we were expected, except for the Central loss,” said junior Garrett Piklapp.

Tough competition at the beginning of the year and some inconsistent play made for a tough season start. The Storm faced some tough Division II opponents, like Augustana, at the start of the season.

“We had a lot of guys whose play fluctuated,” said Piklapp.

Head Coach Bob Nutgrass seems to be very happy with how the team has been performing this season. “Our singles play is stronger than our doubles,” said Nutgrass. “Serving is a weak point. If we could serve better, we could win more.”

The Storm currently has eight members on its team. The team seems to have very good depth, while its three through six players are pretty equal in quality of play.

Nutgrass also said that last Tuesday’s win over Wartburg was a key win for the team.

“Guys are playing better,” said Piklapp. As for the last month of the season, the team is looking for a lot of success. “We hope to finish strong and win out.”

The Simpson women’s tennis team has also been in action. After an 11-5 and 7-4 conference fall season, the women will be playing a spring season. This is the team’s first time it will play in the spring.

Nutgrass says the main reason for playing in the spring is because other conference schools are doing it. “For our program to become more established, we need to play year round,” said Nutgrass.

Currently there are six conference schools playing spring tennis for the women. Schools like Cornell and Luther started to play spring tennis because they are trying to qualify for the NCAA Championships.

“We want to try to get out everyday and improve. We want to become a closer knit group and to be able to compete with our competition,” said Nutgrass. He had two players from the fall that received all-conference honors, including freshmen Tracy Schiltz and Emily DeBolt.

The biggest cause for concern for the Storm may be numbers. Coach Nutgrass said that the team is having problems getting six women together to compete at meets that the team has had so far this season.

“It’s hard to find enough people. They come when they can,” said senior Sherry Warren.

“We try to get in enough practice so we can improve,” said freshman Tracy Schiltz.

Currently, the Simpson women’s tennis team is 1-1, with a win over Wartburg, a rain shortened loss to Central and a Graceland meet called off during play because of rain.

Overall, Nutgrass said he is very pleased with both teams and how they have competed this season.