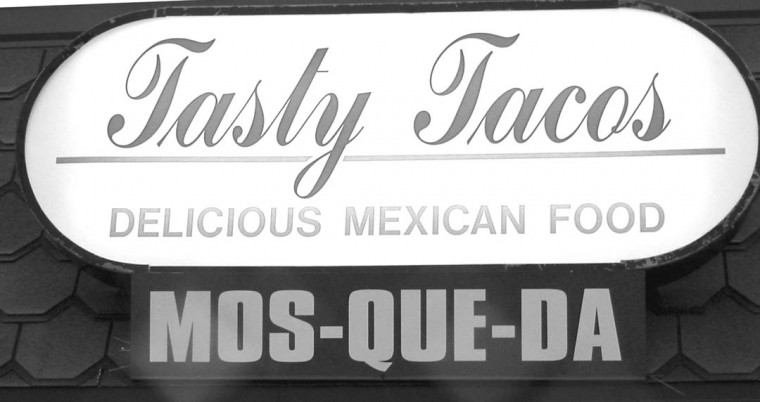 Tasty Tacos, 5847 14 St., exudes sensuality in the form of a flour taco. Its fluffy, hand-rolled, fried-dough shell that sulks in a sexy hot sauce will treat that special someone.

Also, the taco is said to have magical powers in curing hangovers.

So forget Pfeiffer. Get off the couch, grab a date and head to Des Moines.

It’s true that Tasty Tacos doesn’t have the extras other Mexican restaurants might offer. If one is searching for free chips and salsa or bottomless Margaritas, Tasty Tacos will disappoint.

But what Tasty Tacos does, it does well. The tacos are indeed tasty, the service is speedy and the price isn’t the least bit prohibitive.

In that formula, Tasty Tacos has found a recipe that works. A family owned business that began in 1961, Tasty Tacos has become a favorite lunch and dinner destination for many Des Moines diners.

This continued success has allowed them to expand the business to include six Des Moines locations, including an Urbandale site that opened in August.

Each location can hook you and your date up with any number of flour tacos at $2.25 each, as well as a multitude of other Mexican entrees and side items.

On my most recent visit, I experimented by ordering an original burrito in substitution for my typical flour taco.

Although the presentation was nice —- it actually involved a plate and a fork, I wasn’t sold on the melted-cheese coating.

What can be learned from this?

If the means to travel to Des Moines aren’t available, One Stop On The Square offers a fairly similar flour taco alternative.

Although a little greasier and a little less sexy, the One Stop taco is priced right. On Tuesdays, Thursdays and Saturdays, tacos are sold for a dollar.

Diners can enjoy their menu choices in a casual setting, and even finish off lunch or dinner with one of the several available dessert options.

Both restaurants offer call-ahead carryout and are closed Sundays.