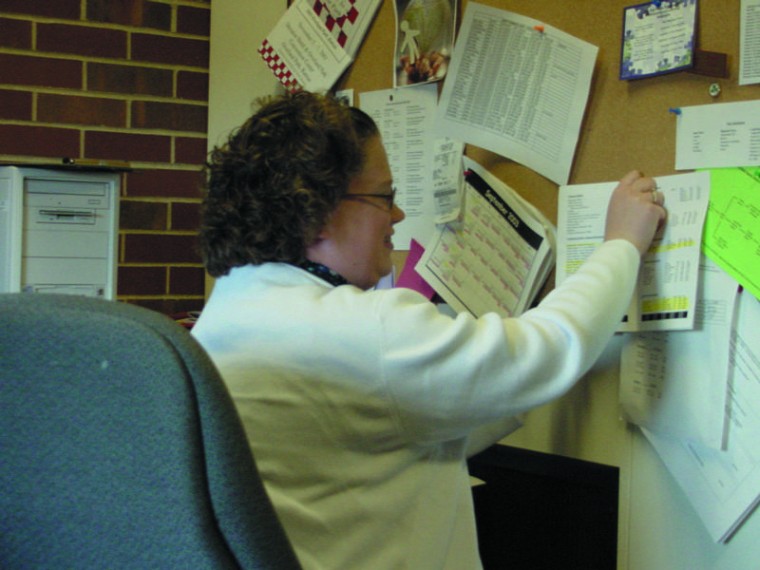 Despite of having more than one hundred students living in Buxton Hall, only one resident assistant and the area coordinator were in charge for a week.

Resident Assistant Christian Huntley was in charge of Buxton’s four floors after senior Troy Arkema left his position due to an internship. Even with Arkema as a resident assistant, Buxton staff was short one staff member.

Stephanie Krauth, residence life department director and associate dean of students, knew about the possibility of Arkema leaving his job, so she began to look for new resident assistants.

“We didn’t worry too much about not having enough resident assistants in Buxton because it was just the beginning of the year,” Krauth said. “Besides, many students weren’t even aware of that fact until recently.”

Students’ security is a priority for Simpson, so Area Coordinator Emily Hurm made sure a resident assistant was still on duty during the night. In order to do this, Picken and Buxton staff shared their nights on duty covering the two buildings at the same time.

This year Buxton Hall population is almost entirely composed of sophomore students under 21.

“So far the building has been quiet,” said Hurm. “Custodial staff hasn’t told me of anything students could have done nor have I noticed anything unusual.”

The two open positions in Buxton might be filled soon. Even though names weren’t provided, Krauth said students shouldn’t worry about how the new resident assistants will perform.

“We went almost through the whole process to hire these new resident assistants,” Krauth said. “I’m confidant they’ll do well.”

With these two new partners, Huntley will now have immediate backup for any situation, even though the limited staff did not concern him.

“I was more worried about getting to know most of the residents and what I could do for them than on what they could get away with,” Huntley said. Buxton residents don’t think the new resident assistants will force them to change their actions or attitudes.

“I think we did fine without them,” said sophomore Kara DeNoon. “At this age we should be responsible to know what to do or what not to do, but still it will be helpful to have them there if we need them.”