Greek numbers down but member spirits still up 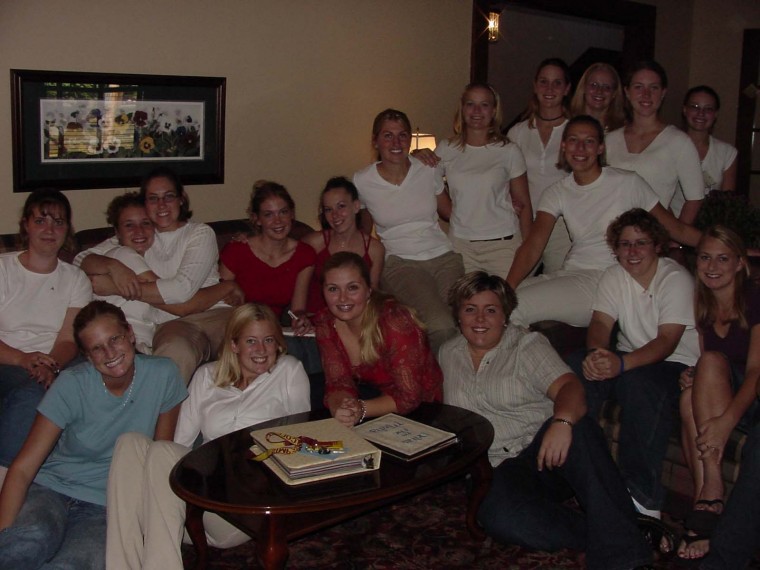 Compared to the success of last year, this year’s numbers for the Greek chapters had a significant decline, which raised some concerns among Greek members.

“It is hard to pin point one specific reason as to why the numbers went down,”said Nicole Modianos-Stumo, director of Greek Life.

The decline didn’t affect all of the chapters, yet some of them were greatly affected by it.

“All of our fraternities are excited to have new members. We all know that we’d like the numbers to grow, but we’re happy with who we have,” said Stumo.

What caused the numbers to fall this year?

“Well, I think part of it is that it is a general trend that people turn away from Greek Life because of the stigma attached to it,” said senior Heath Huberg. “It is TV shows and movies like Animal House, which promote the idea that to be Greek you have to be a conformist and not an individualist.”

Not subscribing to that idea is senior and former member of the Greek life, Barbara Shettler.

“[Greek life] changes people,” she said. “People are normal when they’re by themselves and they’re completely different when they are together.”

According to Huberg, another reason why Greek chapters suffered this year was because they didn’t publicize enough.

“We didn’t do so well this year to grab first-year student’s attention,” he said.

To illustrate his point, Huberg said that there were about 40 men who went through recruitment this year compared to the total of 70 they had last year.

Stumo said that every chapter does something different to attract and retain its members.

“There are new member programs that the houses do. Every house does something to keep them interested in Greek Life,” said Stumo.

Kappa Kappa Gamma is one of the few chapters that had a successful start.

Coming close to Kappa Kappa Gamma are the women of Pi Beta Phi, who had about 19 women join their chapter this year.

This decline in numbers didn’t exactly discourage members, as some of them are still working hard at recruiting.

“We can still improve these numbers by finding more people willing to join Greek life and by catching the attention of those who didn’t go through recruitment, so they can see what this life is about,” said Huberg.