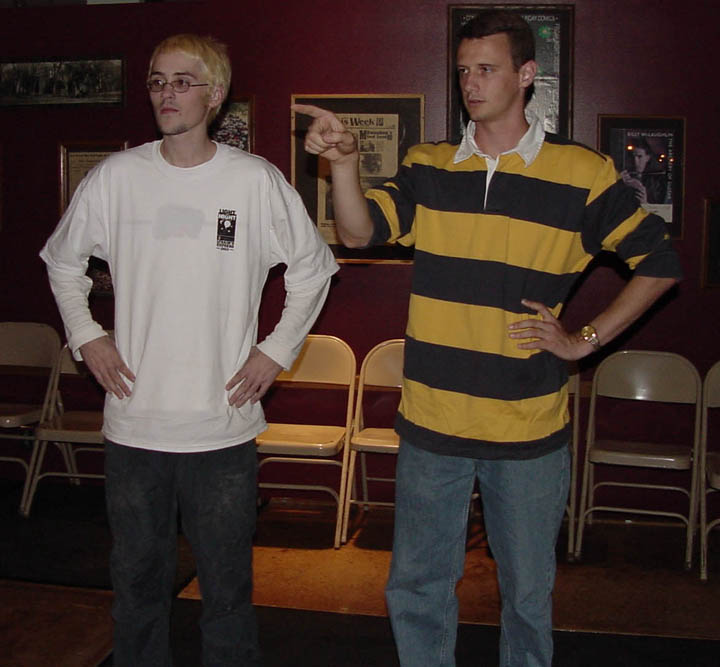 Due to the busy work that goes along with being involved in Simpson’s Campus Activities Board, members have been paid for their work since the spring of 2003.

CAB Presidents have been paid by the Student Government Association for more than 15 years, but this is the first time CAB members are receiving some kind of payment for their work.

Sophomore Dan Carver has been a member of CAB since his first semester at Simpson. He said that he believes a reward system is a good idea because of all the time and work members invest in each event.

“Stormy Nights requires coordination and team effort from all CAB members,” said Carver. “This year we have more members than last year, but still it’s a lot of work.”

Rich Ramos, assistant dean of students, said that CAB’s incentive plan shouldn’t be seen as a payment for a job.

“We came up with the idea of showing some appreciation for all the hard work [members] do,” said Ramos. “They have to give up their Friday nights very often, and that’s something not many students are willing to do.”

When a band plays at Simpson, CAB members set up the stage and make sure the illumination and sound systems work properly.

These tasks usually take them between four to five hours. Members also put in extra time after the event to clean up after the concert is over.

In addition to this, CAB sends at least one member to every activity they sponsor.

Ramos said that it’s important to note that CAB is rewarding students who work, and not just for showing up to meetings.

Most of the time payments are not monetary.

Members may be given Wal-Mart gift certificates taken out of CAB’s budget. However, some students, like Carver, are deciding not to take them.

Instead students who choose to deny payment accumulate hours to help them pay for CAB’s annual conference trip to Cleveland, OH this winter.

Every year some CAB members attend conferences to come up with different ideas for student activities.

“CAB members really do their best for every event,” said Homman. “(Students) sometimes don’t realize what takes to get everything ready.”

Ramos said that CAB welcomes students who would like to contribute innovative ideas for activities at Simpson. Meetings are in Camp Lounge, on Wednesdays at 6 p.m.