Oversell in parking stickers makes for limited spots on campus 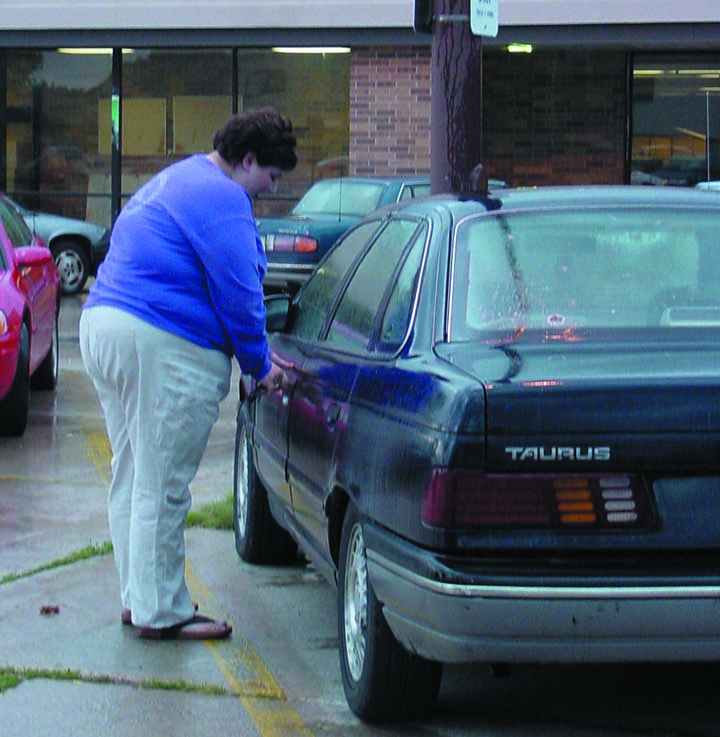 Comedian Daniel Tosh joked about his college days of leaving old parking tickets under his windshield wiper to deter security while he was on campus during move-in weekend.

This scenario is not far fetched for a campus of 1,435 full-time students, equipped with approximately 850 student parking spots.

“I would think there could be 60-80 more cars this year and that could be low,” said Chris Frerichs, coordinator of campus security.

“Roughly the national average is that two-thirds of students take cars to school, but we’re rural and probably above average.”

To solve parking problems schools can either limit the amount of parking permits issued, or add spots.

A majority (220) of first year students were issued orange decals and can only park in orange lots. Approximately, 570 registered cars were issued yellow or red tags, while 160 were issued blue tags.

“We will issue tags to anyone who wants one,” said Frerichs. “We tell them this is how many we have and we don’t guarantee a spot. Most institutions oversell 10 to 20 percent in permits.”

“I used to live in Iowa City (as a student at the University of Iowa), so this is nothing,” said junior Nick Feller. “It’s a lot better here.”

Simpson has requested that students not park in the first three rows of the Goodwill parking lot, since the south lot of Station Square is shared with Goodwill Industries.

Vernette Hull, Goodwill Industries Manager, said however, that students are not cooperating with the college’s request.

“I think some people come over here to park and go toward the school because this morning there were only about eight parking spots for our customers,” he said.

Students planning to disguise their cars as continuous Goodwill shoppers should beware that security will note the common vehicles and attempt to track down the owners.

Students can continue to use the street for free parking, but snow ordinances will cause chaos later in the semester.

“It’s going to be tough for those who have not purchased a permit and it will limit their options,” said Frerichs.

During a snow ordinance, students with a parking decal can park in the Wallace and McNeil lots as long as the car is moved by 7:30 a.m. the following morning.