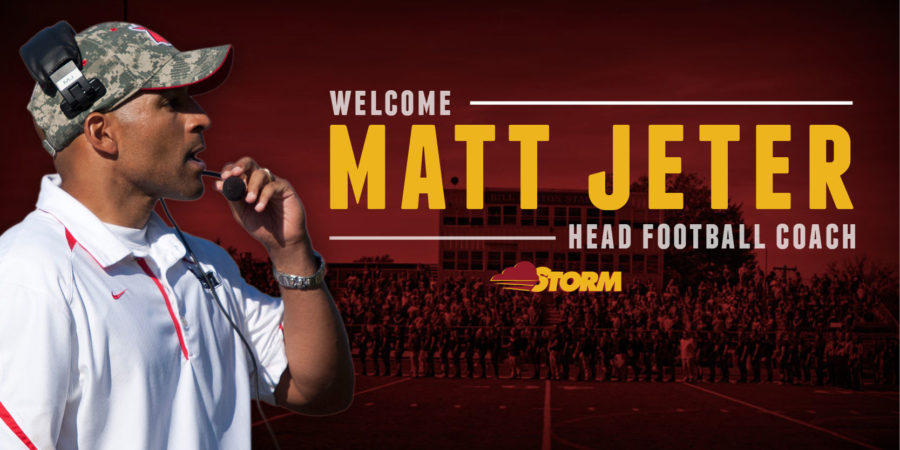 Simpson College alumnus Matt Jeter has been announced as the next head coach of the Simpson football team, according to Brian Niemuth, director of athletics.

Jeter is the 33rd head coach in the program’s history, following his six years at NCAA Division II Central Missouri where he was defensive coordinator. With the Mules Jeter went 47-22 including an appearance in the quarterfinals of the NCAA playoffs.

“I’m excited that Coach Jeter has accepted the position,” junior running back Jordan Beem said. “A lot of our guys have met him and had nothing but good things to say.”

“He has done great things in his coaching career thus far, and we know he will continue to do the same here at Simpson,” Beem said.

Jeter was a defensive back for the Simpson College football team from 1996 – ’97, helping lead the Storm to an appearance in the semifinals of the NCAA playoffs in ’97.

“Being an alumni, he is someone who knows the culture of Simpson College,” Beem said.

Jeter has a wife, Kimberly, and two sons, Jordan and Jayden.

Check back with www.thesimpsonian.com for updates to this story.