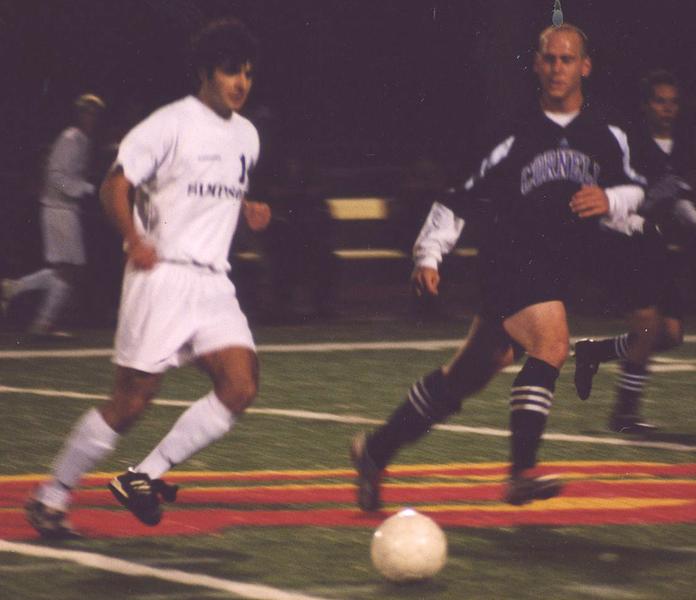 The Simpson men and women’s soccer teams are gearing up for theconference tournament and a possible postseason run for eitherteam.

The women’s team is currently 5-1 and 9-6 overall in the IowaConference. Men and women’s soccer coach, Aziz Haffar, is veryhappy with his teams’ success.

“We are very young and they have surprised me very much,” saidHaffar.

He went on to say that with 16 out of the 25 women beingfreshman, the keys to this teams success has been playing togetherin a collective effort.

“We have done pretty well. We have performed really well and wehave came together as a team,” said senior Erin Goettl.

Their ability to play together will be sternly tested on Nov. 4,7 and 8, when the men and women’s conference championships are heldin Dubuque.

In the conference tournament, the women’s team hopes toultimately do very well.

“We want to get to the conference finals and hopefully win it,”said Goettl.

The top competition for this team is Loras and Luther. The Stormwill be ranked as the third in the tournament, with only the topsix teams qualifying for the conference tournament and the top twoseeds getting a bye in the first round.The Storm last won the IowaConference in 1999 and putting the teams’ talent together will be akey in how well the Storm fair in the tournament.

“We have a lot of good individual talent,” said Goettl. “We alsohave good team unity.”

Some athletes to look out for are seniors Lindsay Clark, Goettland freshman Ashley Curran.

Clark is ranked third in the Iowa Conference in goals and goalsper game.

Goettl is also ranked in the nation in two different categoriesfor Division III soccer. Goettl is seventh in points per game andninth in goals per game.

Curran was named IIAC Female Athlete of the Week for the periodending Sunday, Oct. 19. Curran scored four goals on six shots in a6-1 victory over Central.

The Simpson men’s soccer team is 11-4-2 overall and in thirdplace at 4-1-1 in the Iowa Conference.

Haffar was very happy with how his team started the season andis hoping for a strong finish.

“At the beginning of the season, we were clicking on everycylinder,” said Haffar. “We aren’t clicking [now] as much as wewould like to be.”

This is somewhat evident after the Storm suffered an 8-4 setbackto St. Mary’s (MN.) who was just 3-9-1 going into the game.

The Storm has played a very tough schedule this season, but isultimately looking toward the goal of making the NCAA finals.

Haffar said this team is like the women in that for the team towin, a collective team effort is needed instead of individualeffort. Seniors Brandon Volz, Henry Petersen and Brady Spangenberghave been key in the teams’ success.

“I think we have had a really successful year, but there is roomfor improvement,” said Volz. He attributes this success to seniorleadership and this year’s freshmen for really stepping up to thenext level.

Volz leads the conference in shots, shots per game, game winninggoals and is also second in goals overall.

Petersen is second in the conference in shots per game, assists,third in shots and eighth in goals.

Spangenberg is ninth in the Iowa Conference in assists and tenthfor assists per game.

Fixing the weakest links for the Storm will be crucial if theteam wins the conference tournament.

“One of the biggest weaknesses is we just don’t finish,” saidHaffar. “We have given up a lot of easy goals. If we can polishthat, we can be a good team.”

With the conference tournament just around the corner for theStorm, this would be the ideal time to play their best games. TheStorm last won the conference crown in 2000. Loras and Wartburgwill be the Storm’s top competition while they vie for theconference championship.