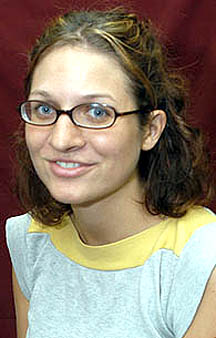 Like it or not, the resurrection of ’80s culture is draggingcollege students back to their childhoods.

And, according to Simpson students who’ve noticed, it’s not allbad.

“There has been a resurgence of certain aspects of the ’80s,mostly in fashion,” senior Elisabeth Nims said, who citedoff-the-shoulder shirts and really bright colors as ’80s trendscoming back in style.

Guys have taken note of this craze as well.

“I’ve noticed the trend in the increasing amount of leg-warmersbeing worn at the Zoo Bar,” senior Clay Stoddard said.

Whether wearing leg warmers or not, Simpson students can easilyobtain the killer ’80s style. A few goodwill shirts, someold-school kicks and a Swatch or two will quickly update astudent’s wardrobe to trendy ’80s cool.

And the trend isn’t just limited to fashion.

Care Bears recently went back on the market in celebration oftheir 20th anniversary.

Even Strawberry Shortcake is making her way back into the retailworld.

“The re-emergence of G.I. Joe and the He-Man and Transformercartoons clearly indicate a revival of the ’80s culture,” Stoddardsaid, “I love those guys.”

Given that the average Simpson college student falls between theages of 18 and 22, most of the students on campus are children ofthe ’80s. Whether a stellar senior born in 1981 or a fly first-yearborn in 1985, students are learning first-hand what it’s like tosee trends recycle.

It’s a scary feeling for some.

“It makes me feel old that these things are coming back again,”Nims said, who remembers slap bracelets and tight-rolled jeans asthings of her childhood rather than possible “Do’s” in Glamour.

Other students feel the resurgence gives them the chance to makeright what they may have missed the first time around.

“I’m very excited because I was born in the ’80s, so I was veryyoung and I didn’t get to experience it. Now I get to re-experienceit,” Stoddard said.

Still, in all this ’80s excitement, students need to ensure thatthey are getting back to the ’80s and not getting stuck in the’80s.

Rumor has it some people might still be clinging to their ’80sroots with fringed hyper color t-shirts and teased bangs. Gnarly asthese looks may be, some things are better off in the Goodwillpile.

The ’80s were a good time to grow up. MTV actually played musicvideos. “Schoolhouse Rock” taught kids everything they needed toknow about the function of conjunctions. Toys didn’t typicallyinvolve double A’s.

The trend is here. Your childhood is back. Remember andenjoy.

Remembering the trends that shaped our childhood

The Cure wanted us to want them, Whitney Houston wanted to dancewith somebody and Run DMC walked that way.

We found out that great things could happen through the CareBear Stare, but greater things happened in the back of the MysteryMachine on “Scooby Doo.” The Smurfs successfully warded off evil,and Jem rocked out with big pink hair.