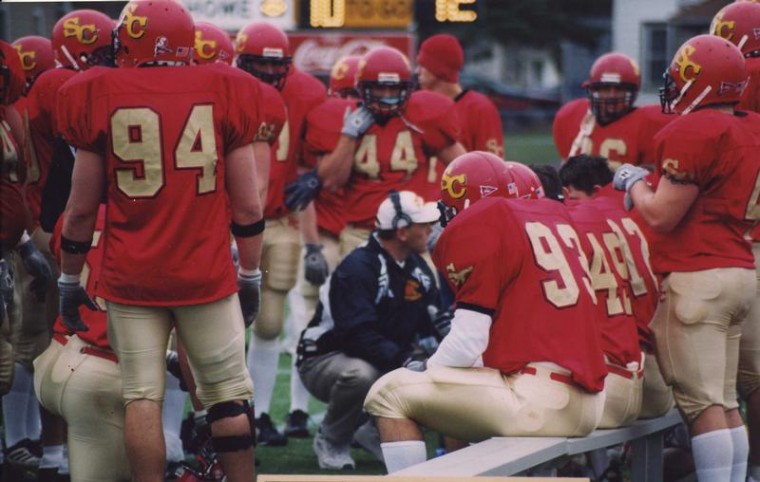 The Storm stomped on Upper Iowa University, 54-7. The victoryended regular season play for the Storm. The game was a memorableone as several passing records were broke.

Senior quarterback, Mike Donnenwerth passed for 586 yardsbreaking the passing record of 520 yards set in 1926. Donnenwerthalso broke his own touchdown pass record of five when he passed forsix against Upper Iowa.

Other milestones were sophomore Dusty Kain and freshman KylePeterson who each received for 100+ yards.

The Peacocks had seven turnovers forced by the Stormdefense.

The Simpson defense has 19 interceptions for the year, breakingthe school record of 17 set last year.

The Storm did receive a bid to the NCAA playoffs and will beplaying St. Norbert on Saturday, Nov. 22 in De Pere, Wis.