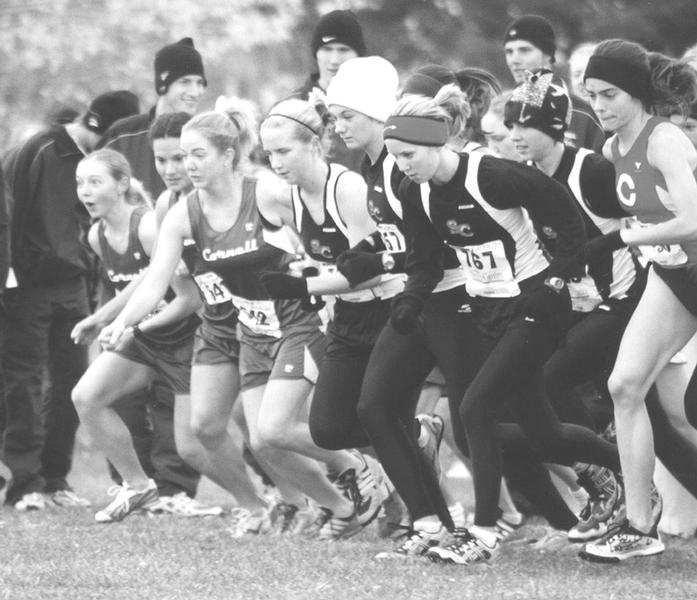 Nine teams in the IIAC came to Simpson College Saturday, Nov. 1to compete in the conference championships.

The women took 7th place for the Storm and the men took 8th.

Sophomore Jen Wendt was the top qualifier for the Simpson womenplacing 7th with a time of 19:23.

Junior Nick Bowerman led the men’s team with a time of 27:31placing 18th.

“I was very pleased with both teams,” said head coach ErinBresnan. “Both teams are young and some individuals have never rancross-country before.”

Bresnan was also very pleased with the individualperformances.

Morgan dropped his best time by a minute.

“There has been so much personal improvement all around,” saidBresnan.

She looks forward to the future with the Simpson cross-countryteam.

“We have a good opportunity to really build on both teams atSimpson,” said Bresnan.

The women’s team will not loose a single runner.

The men’s team will only loose two runners for 2004.

They will be competing against 25 different teams, some of whichare ranked nationally.