Swimmers not holding breath when it comes to conference 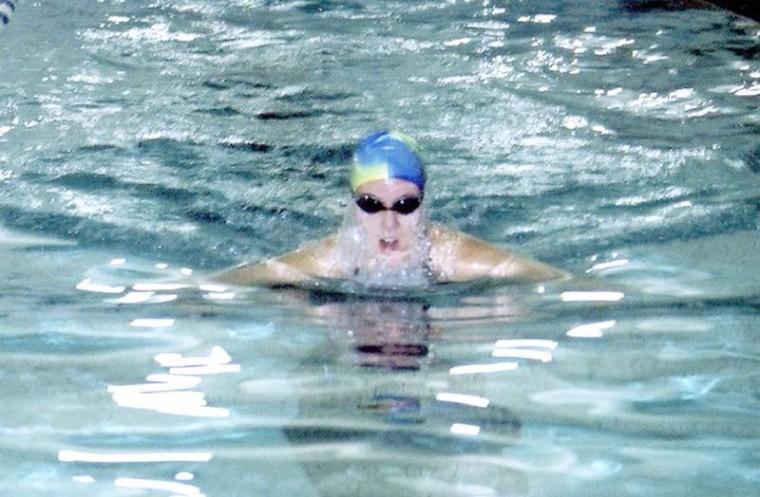 In a sport with as many different events as a track meet,Simpson’s swimming ladies are faced with some ominous numbers.There are only eight girls total on the team, which is a dauntingnumber to overcome.

Of those eight girls, three are seniors, so almost half of theteam is eliminated for next year. Two are juniors which means overhalf of the team is now gone. That leaves three girls.

“Some new people have come out this year and we’re just tryingto bond with them and get to know each other,” said junior MollyBartusch.

“This year we aren’t too concerned with winning nationals orconference,” said senior Dana Kuiken. “We can’t even begin tocompete with the bigger teams, so we’re concentrating on improvingindividual times this year.”

In essence, they’re focusing on things like the improvement ofindividual times and confidence instead of attempting an overridingand, however painful it may be, honestly unattainable goal.

An important factor in goal setting is to set goals that mightbe a struggle to achieve, yet are still attainable, through hardwork and determination. It would seem that the swim team has setgoals for itself this year that are not wholly unachievable, butdefinitely challenging enough to keep their swimmersinterested.

There is good news for swimming fans, two girls will be comingback from London at semester; however, at that same semester mark,one of the seniors and a junior leave the team (one to go abroadand one to transfer).

With the team focusing on individual performances, theirindividual goals can take center stage.

Kuiken’s goals are outcome-based. The provisional nationalqualifier her sophomore year, she has lofty personal goals thatinclude making it officially to nationals and being a truecompetitor there.

Bartusch has set herself performance-based goals like trying tostay motivated through a long, laborious season.

However, no matter what the final goal is, the most importantelement to the achievement of a goal is the preparation put intoit.

“Our coach is currently involved with the triathlon, and he’sbeen gone in Florida since last Wednesday,” said Kuiken. “I’ve beenrunning practices and we’ve been working a lot on just getting intothe swing of things and swimming a lot of yards. We haven’t reallyjumped into the cardiovascular aspect of it yet.”

The Storm swimmers are going to need as much support as can belent, so go check out these athletes in their quest for personalbetterment and achievement.