Football falls short of championship but still proud of the season 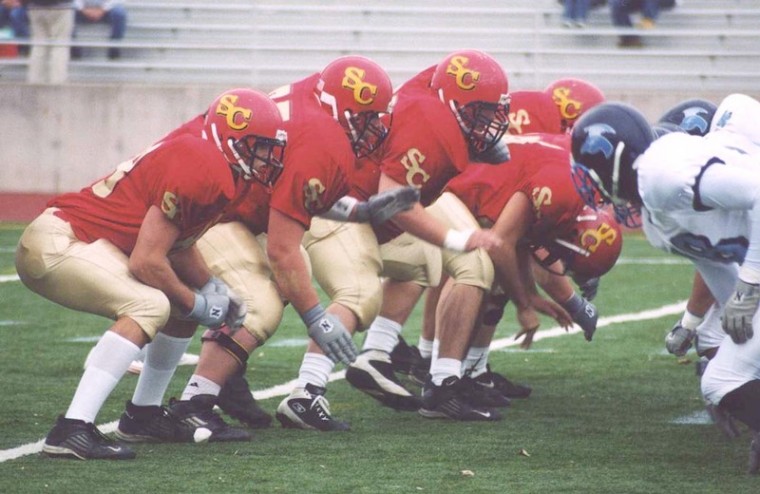 It has been a record-breaking, honor filled season for theSimpson Storm football team.

Although St. Norbert defeated Simpson 26-20 in the first roundof the playoffs, they continued fighting until the very end. Thegame went into a double overtime.

“For the better part of the game, we outplayed the competition,”said head coach Jay Niemann.

“We didn’t capitalize on opportunities and we had two turnovers;all of that gave them [St. Norbert] some momentum.”

Losing in the first round of the playoffs was upsetting. ButNiemann is never disappointed as long as the team plays hard, andthe Storm did just that for the entire season.

“One loss can’t determine the way you feel about the success ofthe season,” said Niemann.

Overall, Niemann is pleased with the effort put forth from thewhole team including the coaching staff.

In the 10th NCAA Division III statistical report released Nov.16, the Storm ranked fifth in passing offense and 11th in turnovermargin to name a few.

Simpson passed for 586 yards against Upper Iowa and that is thehighest by any Division III school in a single game thisseason.

As far as the record book goes, it has been re-written this yearby the Simpson football team.

All were passing records with the exception of one puntingaverage record.

Westphal set a new record for most interceptions in aseason.

Kain has reset several receiving records this past season. Hecaught 93 passes this season breaking the old record of 61 set lastyear.

He caught 14 touchdown passes this year which broke the recordof 13.

Other individual honors for the Storm go to Donnenwerth who isone of the 10 finalists for the Gagliardi Trophy as an outstandingNCAA Division III football player. The winner of the trophy isselected by a 30-member committee consisting of college coaches,former athletes, college administrators, business leaders andmembers of the media all around the country.

Donnenwerth has also been chosen to play for the AmericanCoaches Association’s Division III all-star team that willrepresent the U.S. against the Mexican national team in the 2003Aztec Bowl on Dec. 13 in Cancun, Mexico.

The hard work and dedication from both players and coaches hasdefinitely paid off. Niemann credits all the team and individualsuccess to a combination of things.

“We practice hard and prepare for every game,” said Niemann.”The assistants call good plays and we make the plays whenneeded.”

The 2003 football season for the Storm was a tremendousseason.

“I hope some of the younger players got a taste of what thisfeels like and they’ll work hard again for it next year,” saidNiemann.