The Shot Heard Round the World 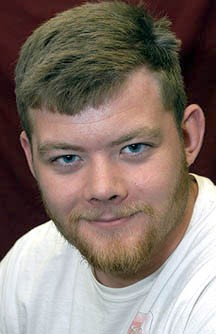 Back at school and what an amazing feeling it is. The pressureof classes, the joys of collegiate athletics, and the politicaljargon that inherently exists within and throughout all of theabove are merely a sampling of everything college studentsendure.

For those of you who haven’t been initiated, college is largelya political affair. Through classes, administration, sports,finances, and anything else involved with the college experienceeverybody’s job is to make sure that somebody else, ostensiblyhigher up on the administrative ladder, is happy. Quite simply,it’s bureaucracy at its very finest. Lest we forget how muchcollege is involved with the bureaucratic process, how many peopleremember high school?

Through the haze of things that happen in college we can vaguelyrecall the horrors of being forced to live within a structure thatis stricter than most prison systems. Within this system we movedaround lazily, almost happily, until we came to realize the joys ofbeing involved with a system that is much less regulated withfreedoms as simple as going to the liquor store giving the middlefinger to the folks sitting helplessly at home not knowing the halfof what is going on.

I guess the point is that as strict as the rules were in highschool, there were always loopholes that one could jump through. Myown experience tells me that athletes have always had this affinityfor bending the rules as far as possible.

I enjoyed this in high school, I will not lie. Of the sixclasses I had my senior year, I attended roughly three with anyconsistency. I attended those only because I thought the teacherwas hot, never had to do anything because I was a teacher’sassistant, or because I actually enjoyed the damn thing.

All of this has been an excruciatingly long way around sayingthat as much as I enjoyed freedom in high school, it overshadowsthe ridiculous freedoms found in college. I would enjoy the collegeexperience more had there been more stringent rules regulating mylife in high school. Iowa apparently does not feel the sameway.

Recently, regulators struck down a proposal that would forcehigh school athletes to pass all their classes.

I won’t have it. There will be no forced passing of any classesas long as I have a meek voice in a small college newspaper. NO! Asfar as I’m concerned, they should only have to pass 59 percent oftheir classes.

Isn’t there something strangely ominous about 59 percent? Oh,wait, now I remember. A 59 percent is not good enough to doanything in this country. That’s an F in any class, a small enoughmajority to make almost any fact debatable, and an unsafe standardin high schools.

Iowa high school regulators finally took the shotgun off therack, aimed it directly at the coyote, banking on that reward andthen somehow errantly blew a hole in their foot the size of a smallBuick. May their souls rot in hell for the mediocrity they havedoomed their athletes too.