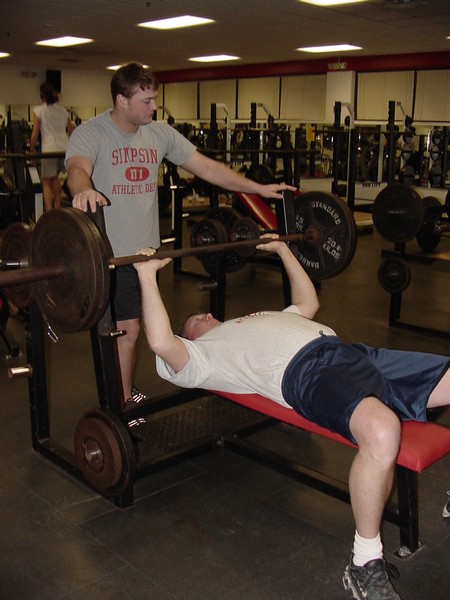 In June of 2003, James Peterson was drafted by the L.A. Dodgersin the 15th round of the Junior College World Series. After aninjury he endured that summer, the Dodgers agreed to pay for thesurgery James needed. In agreement, he signed for $112,500 withperformance incentives.

“James spent many long and loving hours in the batting cage inthe back yard of our home,” said Mark.

Mark has also provided his son with emotional support.

“I have tried to be a father first, a friend second, and a coachthird,” he said. “I really tried to emphasize the passion of thegame.”

“I have enjoyed many years in the weight room working out withhim and holding on to the day that I was the stronger of the twoPetersons,” said Mark.

According to Mark, James looked up to other role models alongthe way, including a former student of Mark’s, Darren Beeler.

“Darren always challenged James,” he said, “and at the same timenever let him stop thinking he couldn’t improve.”

Another of James’s heroes when he was young was James Palmer, anOrioles Hall of Fame pitcher. Palmer was pitching in the WorldSeries the day that James was born. Mark said that the two havemany similarities besides the obvious, “. . . same birth month,middle name, history, etc.”

James began to think about professional baseball after hissophomore year in high school, when he set a state record in Iowawith 28 home runs. His senior year, professional scouts beganpaying attention to him when he and Marshalltown’s Jeff Clementboth broke the national home run record of 70. James hit 73 thatseason, and Clement hit 75.

After graduation, James signed a letter of intent to play atWichita State, but decided to sign with Indian Hills CommunityCollege, which, according to Mark, has more players in professionalbaseball than any other Iowa school.

At the Junior College Regional Finals, a Dodger’s scoutintroduced himself to Mark after James hit his fifth home run ofthe tournament and asked what it would take to sign him.

“[James] is property of the L.A. Dodgers. Baseball is no longerjust a game, it is his job.”