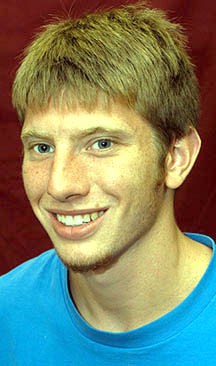 Flipping to public television many years ago, my eye was graspedby a man wearing a freaky haircut, a red coat and a long moustache.In awe, I watched with amazement for an hour as a poetry-creatinggrandfather clock and a greedy bunny rabbit produced a smile uponmy one-tooth smile.

Running from 1955 to 1985, “Captain Kangaroo” is still thelongest running children’s series in network history. The show wascanceled by the time I was watching it, but reruns were shown everyweek to my delight.

What some viewed as just a man with goofy outfits and outlandishfriends was actually a man with love and devotion as deep as hiskangaroo pockets.

Keeshan was more than an entertainer, he was an educator.

And like most professors at Simpson, Keeshan was dedicated toteaching through the system of the liberal arts.

Instead of the more direct approach to learning like “SesameStreet,” with its playful teaching of language and numbers, CaptainKangaroo would “play” with a variety of different tools that wouldopen the mind to more than what the intended audience would learnin preschool.

A favorite example of this was the Captain’s treasure house.

Brimming with toys, exciting characters, games and fun, theCaptain would teach lessons few schools could. Best of all, thekids didn’t even know they were learning.

“Play,” Keeshan was quoted as saying in the Omaha World Herald,”is the work of children. It’s very serious stuff and if it’sproperly structured in a developmental program, children canblossom.”

Off the screen, Keeshan was an advocate of children’sprogramming without the commercialization and exploitation.

Captain Kangaroo personally reviewed each of the advertisementsthat would play during his show.

According to the Museum of Broadcast Communications, commercialsendorsed by Captain Kangaroo were those like Play-Dough andEtch-a-Sketch because they promoted creative play and didn’texploit children in their advertising methods.

Keeshan worked for children in many other ways. He wroteregularly about children and published works for differentmagazines. Kangaroo recorded a number of records for children andfrequented “tot concerts” where children were entertained by jazzand classical music, as well as their favorite TV hero.

Captain Kangaroo had very high expectations for his televisionprogramming.

On television, Keeshan taught his young viewers lessons on howto be good kids. But the message he demonstrated behind the screensmay have been the most important of all. Captain Kangaroo’sdevotion to children’s entertainment, not money, is a lesson fromwhich kids of all ages can learn.

The flag has passed from smaller, controlled children’sprogramming to television stations on a much larger level, likeshows viewing on Nickelodeon, ABC, CBS and NBC.

The once-children-soon-to-be-adults who will control televisionfor children in the coming years must remember some things in lifeare too fragile to exploit for money.

Like Captain Kangaroo said, “Play is very important.” What achild is subjected to as a youth can shape his or her future.