Baseball gets in the swing of things 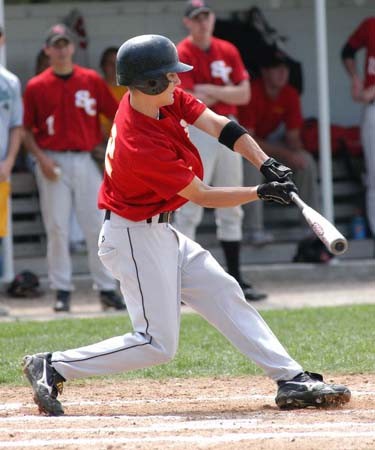 The Simpson College baseball boys will dust off their mitts onSunday, February 1, as they return to practice following abittersweet end to last year’s season.

In 2003, the Storm endured a turbulent start before finishingstrong to end their season only a breath away from a NationalTournament berth, something that head coach John Sirianni said hasmotivated the team.

“The kids have set some fairly high goals for the year,” saidSirianni, who also said that the focus had been on building fromlast year’s success.

The solid base of returning players will be augmented by severaljunior college transfer students and underclassmen, who will haveplenty of time to establish a pecking order during indoortraining.

Sirianni said that, despite the number of players vying for astarting spot, the team had been meshing together well so far.

“I think that (team chemistry) will be a strength of this year’steam,” said Sirianni.

The Storm will have all February to refine that chemistry beforetheir returning bid for an Iowa Conference Championship and aNational Tournament berth begins on March 7 in Florida.