Johnny’s “Be” Good~ Gius night out on the town 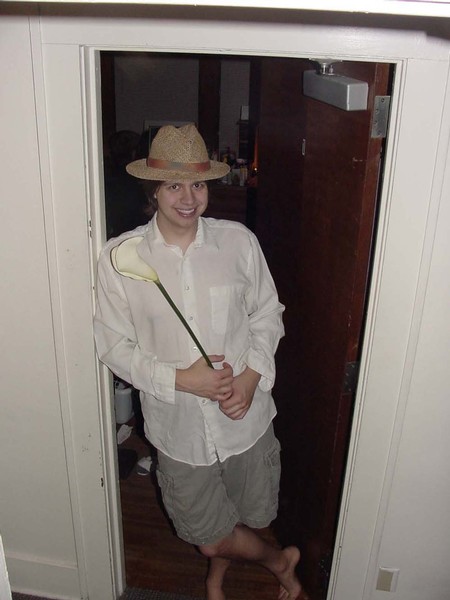 Located at 6800 Fleur Drive just to the north of the Highway 5bypass in Des Moines is a scrumptious restaurant called Johnny’sItalian Steakhouse.

When my friend and I made it to the restaurant, we had to waitaround 10 minutes or so before we were seated.

Once our waiter arrived, we were given some bread to eat whilewe glanced through the menu.

As for the menu, Johnny’s had a wide variety to offer. Theprices were decent for what you were getting in quality of food.You don’t get too much extra to take home for leftovers, but enoughto make yourself not want to eat the rest of the night.

In the appetizer section, you could choose from dishes such ascrab cakes or sausage bread.

When it came to meals, you could choose between soups andsalads, pasta, chicken and steaks.

I ordered the Drunken Steak, which was a large portion ofsirloin that came with garlic mashed potatoes. I figured it had tobe good since it was the owner’s recommendation. I wasn’tdisappointed, as the steak was outstanding.

My companion ordered the Classic Spaghetti with meatballs.

Before our food came, we were served family-style salad and nottoo much later, our food arrived.

After we were done eating, I figured that dessert was in orderfor the night. I ordered Johnny’s White Chocolate Cheesecake, whichwas about the size of two normal pieces of cheesecake. Besidescheesecake, there were also other desserts such as chocolatecake.

Overall the experience was well worth the visit to Des Moines.There were a lot of people partaking at this restaurant, young andold. It didn’t look like that Johnny’s was trying to attract onecertain type of person, but everyone who is in search of goodquality food.

We sat in a huge booth that could easily seat six, but therewere also tables that you could sit at. The lighting was somewhatdim, but you could see everything going on.

Service was great at Johnny’s. When I needed something, thewaiter was there. As for music, there was some upbeat music playingin the background, but it was hard to tell if they were playingjazz, R&B or just whatever.

After eating some great food, it was on to play some pool atLoco Joe’s on the south side of Des Moines, which is located at6550 Bloomfield Road or near the corner of Army Post Road and SE14th St.

The environment was completely different at Loco Joe’s than atJohnny’s. To get in to the building, it costs you $2.25. There arearcade games, air hockey, over 20 pool tables and much more to doinside. We primarily played some pool, which only cost $.40 a game.We thought this was pretty good and it allowed me to sharpen mypool skills without going broke.

Overall, both environments were completely different. If youlooking for some great food and a little nicer environment, tryJohnny’s Italian Steakhouse. If your looking just hang outsomewhere to shoot some pool or play some games, Loco Joe’s is agood, relatively inexpensive place to try.