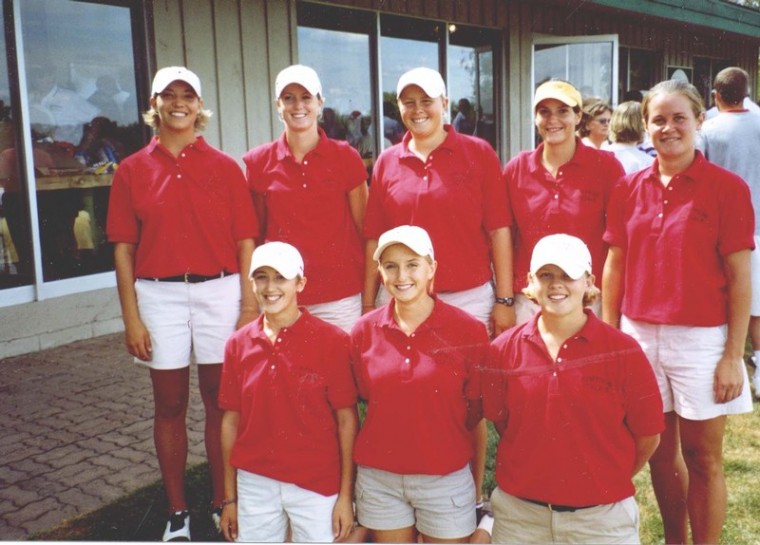 The back nine are buried in snow and the clubhouse is closed,but the Simpson women’s golf team is already getting prepared fortheir next outing.

As part of that preparation, the team has been spending sometime at Longview Golf Centre’s indoor driving range, practicingtheir swing and speculating about their chances of making thisyear’s Division III National Tournament in Green Lake, WI.

Darrah said that getting to the national tournament wassomething that everyone on the team was hoping for.

“They really do a nice job there and they have a really nicecourse,” said Darrah.

According to Darrah, as golf is a sport with a split season, thespring tournament qualifiers are determined by their performance inthe fall, which could be good for Simpson.

The Storm tied Buena Vista for the Iowa Intercollegiate AthleticConference title last fall only to fall to the Beavers in a closeconference tournament.

“We tied with them, and they beat us on a playoff hole,” saidDarrah.

With that memory still fresh in their minds, the Storm haveformulated their goals for the season with big things in mind.

“Our only two goals are to win the conference and go tonationals and do well,” said Darrah.

According to senior Senta Willenborg, a four-year veteran forthe Lady Storm, the team also hopes to capitalize on last fall’ssuccess.

“We think we should do pretty well. In the fall season, weplayed really well and our average was really low, so hopefullythat’ll carry over,” said Willenborg.

Darrah said that several of his players are expected to make animpact this spring, including Willenborg and fellow seniors AmberDeRiemacker and Karen Smith, as well as sophomore Steph Schenfeld,who was the team’s low-scorer last fall.

With that seasoning has come experience which, according toDarrah, has allowed his team to keep things enjoyable despite thepressures of their success.

“They’re pretty well-knit,” said Darrah. “You’ve got to be thatway at a level when you’re sharing hotel rooms.”

The girls will get their first opportunity to return to thehotel life when they hit the greens for the first time when theytravel to Branson, MO, for spring break practice.

After that, there are tournaments throughout April at placessuch as Truman State, Wartburg, Loras and Central, before thelineup for the national tournament is announced on May 3.

The Storm will just have to take the spring season in swing andhope for a tournament berth until the IIAC season comes to aclose.