Students to study abroad in Australia 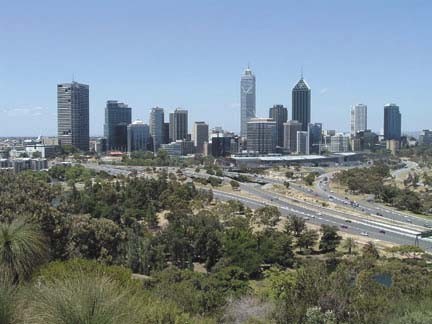 Twenty lucky students will be spending their 2004 fall semesterin the tropical climate of Curtin University in Perth,Australia.

Although there had been much speculation and hope that studentswould be able to study in Australia in the fall, the decision wasnot actually made until Feb. 17.

“The reason Curtin University has been selected as theuniversity in Australia that we want to work with is because oftheir excellent program for international students,” said JohnBolen, registrar and associate academic dean.

The semester in Australia appeals to students from manydifferent majors and areas of interest.

Sophomore Kristi Boas, a marketing and psychology major, is onestudent interested in studying in Australia.

“I thought about going on the London trip this past fall, but Iwasn’t quite sure when the applications were out last year,” saidBoas. “I was thinking about doing the London trip my senior year,but I would only have the option of taking cornerstones.”

Junior Jackie Harms, a management and Spanish major, alsobelieves that the semester in Australia would be a worthwhileexperience.

“I have always wanted to visit Australia, and I want to have theexperience of attending a large university in a big city for asemester,” said Harms. “I also want to go because Curtin has a veryreputable business school. Plus, I will probably never have thissort of chance again.

An informational meeting for the Australia semester will be heldon Monday, March 1 at 4:30 p.m. in Camp Lounge.

The director of the International Program at Curtin University,Ian Fairnie, will be on campus from March 30 to March 31.

Fairnie will conduct a meeting for the people who will actuallybe going to Australia.

Students who are interested have to fill out the one pageapplication, write a statement and submit a letter ofrecommendation from a member of the full-time faculty.

The application is due in the Registrar’s office by March12.

The applications will be reviewed by the five faculty memberswho went to Curtin over winter break, Bolen and Bruce Haddox, vicepresident and dean for academic affairs.

“We want to make sure that the students who go down to Curtinare ready to go and are far enough along in their academic workthat they have a clear idea of what they want to be doing,” saidBolen.

Twenty students will be selected, and a waiting list will be setup if more than 20 apply.

“If a student wants to go, there’s a pretty good chance that thestudent will get to go,” said Bolen.

Students traveling to Curtin pay the regular Simpson Collegeprice for tuition, room and board and fees at Simpson, which willbe $25,196 next year, along with $4,100 to study at Curtin and theprice of airfare, which has been estimated at $2,000.

“The budget right now is for $2,000 for plane fare, but we mightbe able to shave some of that off,” said Bolen. “If we can purchasea block of 20 airline tickets, we might be able to get a betterprice.”

The students will study at Curtin from about July 15 to Nov. 22or 19 weeks.

“Students will be in Perth during their winter (July-August)which is very mild, and then spring (September-October) and finallysummer,” said Bolen.

While at Curtin, students would have the opportunity to travel.Southeast Asian countries are a short plane ride from Perth, as isthe eastern coast of Australia with the Great Barrier Reef.

The students would fund those trips on their own, though.

“The program that we’re setting up is one that will get themthere in July through November, and then whatever else they want todo at that point is up to them,” said Bolen.

Australia was chosen as a location for a semester abroad formany reasons, one of which is the fact that the people involvedwith the international program at Curtin are verystudent-involved.

The Simpson students will not actually live together.

“When they get down there, they will be paired up with otherinternational students and probably an Australian,” said Bolen.

“What’s probably going to change is that in the past, studentswere basically allowed to go anywhere to any university that wasaccredited,” said Bolen. “That’s a great program, but it’s justthat we can’t afford it anymore. What we want to do is try to focusa little bit more where students can travel.”

If a student requested to study in Australia, he would not beallowed to study at any other university besides Curtin.

“The reason we put forth all this effort and expense and time isbecause this gives students a chance to study in anEnglish-speaking country, on the other side of the world,literally, and still not worry about necessarily missing a beat infinishing their degree here.”