Swimming storms up the conference 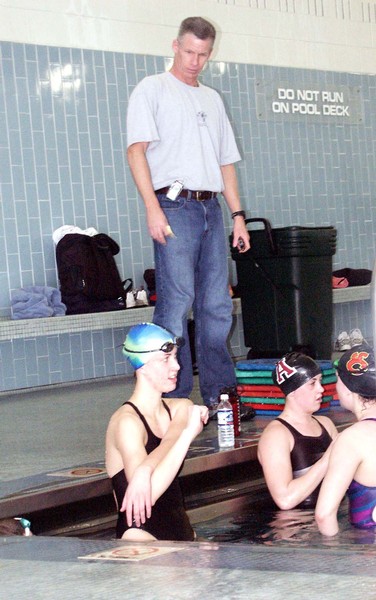 Maybe it’s in the numbers, maybe it’s their laissez-faireapproach.

Or maybe it’s just being below water that is keeping the women’sswim team so far under the radar here at Simpson.

Whatever it is, it hardly seems to bother the Storm. They’recontent just swimming to the top amidst this sea of ignorance thatsurrounds them.

If you’re oblivious to the fact that Simpson even has a swimteam, you’re probably not alone.

With only ten women out, becoming campus chatter is about asunlikely for them as drowning. Yet they show up everyday fromOctober to March to do what they do best: compete.

Although plagued by low participation and nominal notoriety,they’re starting to make some serious waves.

One day before the IIAC Swimming and Diving Championships,senior Dana Kuiken modestly expressed hopes of winning her threeraces. It was an ambitious goal.

Kuiken didn’t just win this past weekend at Coe College, she setthe water on fire. She returned to Simpson with Co-Athlete of theMeet honors after each of her three winning times became IIAC meetrecords.

She is the school and IIAC-record holder in the 100-meterbreaststroke (1:08.47). And to top it all off, this season Kuikenbecame the only Simpson swimmer ever to qualify for the NCAADivision III National Championships.

Bartusch can say the same for herself.

After qualifying for the finals in the 500-meter freestyle, shecompleted her main objective for the season. Now the focus is onthe future.

“The best part of this season so far has been the addition oftwo transfer students, but we need to get more people to join to becompetitive in the team standings. Having only ten girls can kindof be a hindrance to winning, but we get along really well and havea lot of fun traveling,” said Bartusch.

“We don’t have the numbers yet to win meets, but we’re alwayscompeting to the best of our ability. We have great team unity, andI think we’ve had a really successful season,” said Kuiken.

Successful indeed. With one meet left, the Storm are alreadyeager for next year.

And despite their somewhat esoteric existence, they’re fullyaware that with the addition of a few more members, the competitionwill be left treading in their wake.