Athletes check in with academics 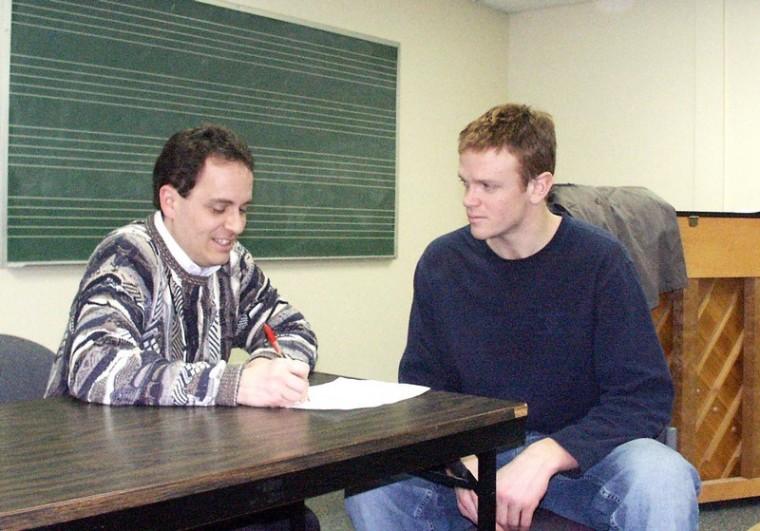 Student-athletes are wiling to accept the responsibilities thatcome with balancing athletic competition and class work. They putin countless hours of practice for their sports, while putting evenmore hours in on their homework.

Occasionally, an athlete needs to be reminded that school comesfirst. In order to help provide that reminder, the athleticdepartment requires that all athletes have a grade sheet signed bytheir professors and returned to their head coach beforecompetition. This sheet will let the coach know exactly what theathlete is doing, or isn’t doing in class.

“A lot of times, the sheets have spurred a call to theprofessor, and then I’ve been able to correct the situation or set[the athlete] up with a tutor,” said Simpson’s assistant athleticdirector and head wrestling coach Ron Peterson. “For me, it’s areal positive because it’s a chance for the professor to write downattendance issues or academic issues so that I can see them.”

Although the professor’s comments may have unwanted consequencesfor the athlete, Simpson athletic director John Sirianni thinksthat the end result is good.

“I think it’s really beneficial to the teachers and the athletesand their communication with the athletic staff,” saidSirianni.

However, the Simpson athletic department isn’t the only placewhere you’ll find support for the continuance of athletic gradesheets, which have been a part of Simpson athletics for nearly 15years.

“It’s good because the coaches can see how their players aredoing in class and help them get a tutor if they need it,” saidjunior Chris Beall, a member of the men’s baseball team.

“When you’re an athlete, you have a lot going on with classesand practice. I think it’s a good idea to keep track of what’sgoing on,” agreed senior Lindsay Clark, who competes on the women’ssoccer team.

Clark also said that although she thought the grade sheets werea good thing, the use of them should be left up to the coaches.

“I think they’ll work for some people, but maybe not forothers,” said Clark.

She also felt that the coaches could access their players’grades and attendance information in other ways if they wantedto.

Freshman wrestler Tony Hager said that the grade sheets could beeither helpful or harmful to an athlete.

In the end, the athletic grade sheet is probably here tostay.

“I think they’re good because they make me talk to the teacherabout my grades and see if I need to improve,” said Hagar.