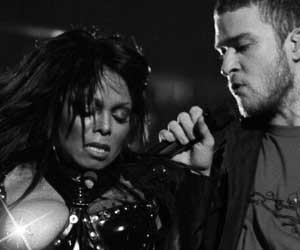 Ladies and gentlemen out of touch with modern pop culture, itwas just a boob. And, a partially-covered boob to say the least. Itwasn’t flagrant, it lasted for a fraction of a second and mostimportantly, it wasn’t intentional. It embarrassed two stars whosincerely regret the happening, and it brought millions of menaround the world together in a simultaneous action of springingfrom the couch and exclaiming, “Dude, did you see that?

But oh, the Super Bowl is a national holiday, an event wherekids and parents gather together like some 1950s family sitcomwhere little Timmy fetches Pa his pipe and all learn valuable lifelessons in the process.

The truth is, that isn’t the truth.

ESPN commentators remarked that the Super Bowl is the biggestday of drinking they can recollect. Armies of feminists protestthat the day incites domestic violence. It is a day with the”bikini bowl” on the other station. It is a day completelydedicated to sloth. When did things such as these become a familyholiday?

It became a family holiday when Justin Timberlake revealed a sadtruth in the shape of a half-covered boob: Our society isridiculously uptight.

Things have changed. Today, Sex is nothing but a bogeyman.Parents aren’t afraid of it, but they think their kids are, so theytry to hide it from them. The truth is, kids have gotten smarter,and they know the bogeyman is make-believe.

I can’t honestly believe “the boob” caused any more dismay thana few seconds of uncomfortableness between kids and their parents(that is, and I doubt, that the family actually gathered to watchthe halftime show). The same effect comes from any tamponcommercial or anti-drug public service announcement. If anything,”the boob” sparked many, informative sex talks parents mayotherwise have not had with their kids.

I may have been orbiting Jupiter the last nineteen years, but Ican’t recollect the Super Bowl being called a “family event” untilafter “the boob.” I don’t know where it came from, but the familyevent excuse to complain about the prevalence of sex on MTV derivedfrom an absolute falsehood.

Granted, the designers of the Super Bowl did ask for it with thewhole Challenger bit of the Super Bowl. You can’t mix something asserious as Challenger with football and MTV. By doing the “ode toChallenger,” CBS attracted a wider variety of viewers with thesemblance of depth to an event that is nothing more than a footballgame on a viewing instrument often called “a boob tube.” It was theattraction of the non-beer-guzzling crowd that made the impact of”the boob” as hard as it was.

Nevertheless, when someone watches the Super Bowl they just haveto expect that things surrounding a game of men bent on thedestruction of other men for the entertainment of mostly men willat times get racy because men love jet planes, explosions and sex,things the Super Bowl has always provided and will alwaysprovide.

There are a few things we must face. First, the Super Bowlsucked. There was nobody exceptionally talented to watch and thegame failed to have a worthwhile comeback. If anything, the boobwas a shot of adrenaline to a dying, one-day body of sport.

So please, grow up, there’s a war going on. It was just a boob;quit being such Puritans.