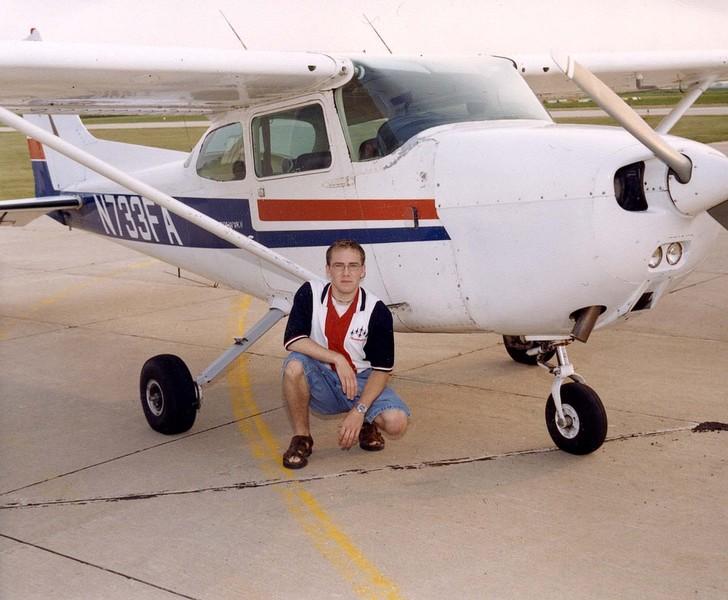 Over the last 100 years, humans have been fascinated by flightin its many forms from the Wright brothers’ crude beginnings to thesophistication of space exploration.

This interest in aviation will be seen here on campus by way offreshman Casey Hansen’s Aviation Club.

Hansen said that he initiated the club because his “ultimategoal is to introduce aviation to the campus.” He went on to saythat all things related to flight are of great interest to him andthat, because there was nothing like it offered previously, he wasinclined to start the club.

By the looks of Hansen’s dorm room in Barker Hall, his affinityfor flight is obvious and it is apparent why he would want to forma club devoted to aviation. The d����cor in his living spaceincludes an aviation wall calendar, a large poster of a cockpit,airplane piggy banks and a bookshelf full of aviation magazines andbooks.

When he is not doing schoolwork, Hansen can be found reading oneof these aviation books as he is preparing to add a “multi-enginerating” on to his commercial pilot’s license that already carriesan “instructor rating.”

Hansen said that among the ideas he has for the Aviation Club,one is to have corporate pilots from Des Moines area airports serveas guest speakers.

Outside of inviting qualified speakers to Aviation Clubmeetings, Hansen expressed that he would like to use the club toraise awareness concerning flight-related events such as the100-year anniversary of human flight.

Hansen also said that, in the future, he would like for the clubto take recreational flights on weekends. The major issue with saidflights would, of course, be with liability insurance according toHansen.

An element associated with most on-campus clubs, includingAviation Club, is that of funding to support club activities andwhere it will come from. Since Hansen’s club is so new, he saidthat it hasn’t been necessary to seek school funding yet, but hemight seek funding from Simpson College in the future.

As for who can join the Aviation Club, Hansen indicated that itis open to people interested in any form of aviation, from militaryflight to hot air ballooning. According to Hansen, there is nolimit set on how many people will be allowed to join the club andpilot credentials are not a prerequisite.