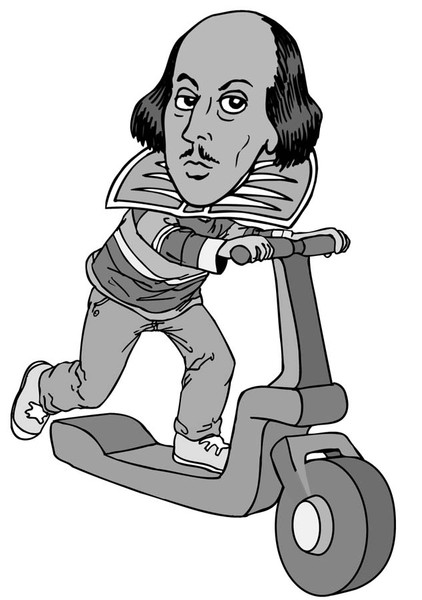 The traditional interpretations of Shakespeare’s works have beentossed aside and new waves of costumes, staging, and set designhave evolved in the production “Love’s Labour’s Lost.”

“We tried to set the play in an imaginary world,” said TomWoldt, head of the theatre department.

On March 19, Theatre Simpson opens its doors for the premier of”Love’s Labour’s Lost.” With a cast of 18 actors, rehearsals havetaken place since the first week in January, taking one week offfor KCACTF, a theatre festival in Denver.

According to freshman Chelsea Long, the production is a wholenew world that they have created.

Long, who plays Rosaline, a smart and witty member of theprincess’s court, said the major change in the interpretation isadding the element of wheels.

“The goal of adding wheels brings out the ballet of courting andthe magical ballet of love,” said Long.

“We are acting, interpreting, and on skates,” said Long.

The component of wheels is not the only difference intraditional Shakespearean works.

The costumes and makeup also take on a form of visualization andexpression.

“The costumes are very abstract and angular and the makeup issomething you wouldn’t expect from seeing Shakespeare before, “said Long

According to Woldt, these visual contributes are bothcontemporary as well as classical and the idea of imagination comesthrough in the costumes and music.

“The music picked out puts energy in you and makes you want toget up and skate,” said Long.

Woldt also comments that this production has a high energeticapproach to the story line.

In preparation for this visually stimulating creation, the castdealt with a few obstacles.

“One challenge of Shakespeare is the language and the first twoweeks the cast worked on the language pretty diligently,” saidWoldt.

Long and Raddatz agree the ending of the romantic comedy isunexpected and uncharacteristic of Shakespeare’s works.