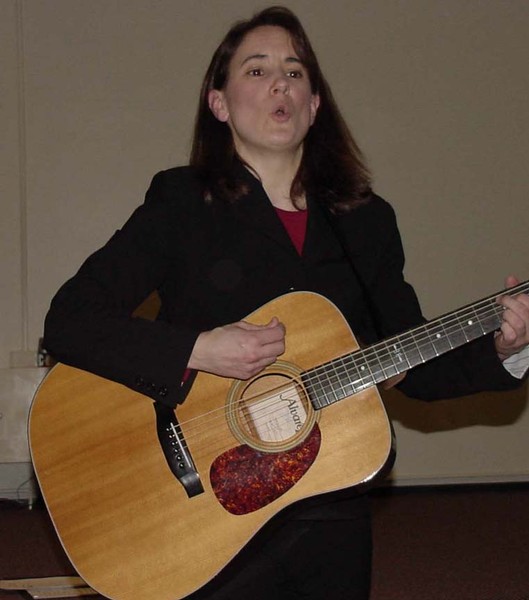 planned with the help of and aimed toward students.

professor of sociology. “I think part of the reason the deanasked me to do it was because he knew that I was

many people as possible.”

Friedrich, who has chaired the President’s Commission on theStatus of Women, is currently the director

of the Women’s Studies minor and teaches Women and the Strugglefor Equality in the sociology department.

work to be done,” said Friedrich.

“I want students to know that women’s history month is not justfor women, said Skinner, a Women’s Study

minor. “Men can attend the events as well to learn more aboutthe women in their lives.”

which was titled “This Ain’t a Rehearsal: Life Planning forWomen.”

“Half the people in the world are women,” said Friedrich. “Womenare the people that men love. We’re

their sisters. We’re their mothers. They need to care aboutus.”

Nancy Hewitt will be on campus tonight. She will be focusing onwomen getting the right to vote and the

first wave of the feminist movement. Friedrich makes the pointthat there are women alive who were raised

during a period of time when women were not allowed to vote.

sense of equality,” said Friedrich. “The reality is that womenhave only been able to vote for 84 years.”

Tanya Brown, sister of Nicole Brown Simpson, will be speaking onMarch 23 about dating and domestic

“Her message is valuable to a college campus because, while manyof us know what domestic violence is,

we don’t always recognize the signs of it in our ownrelationships,” said Teressa Weigel, co-president of

Weigel points out that many students on campus have a boyfriendor girlfriend; yet they may not realize

violence in relationships is a very serious problem or theydon’t think it will happen to them.

“Tanya Brown is here to tell us that violence in relationshipsis a real problem with real consequences;

hopefully, we will be more able to recognize the symptoms ofdating violence and know where to go for help,”

Friedrich feels it is important for men to realize thatuncontrolled anger may lead to violence in the home.

“Women are more likely to be killed at the hands of our spouseor lover than we are a stranger,” said

Women’s History Month will end with a “Take Back the Night”march at 7pm at the Circle of Knowledge.